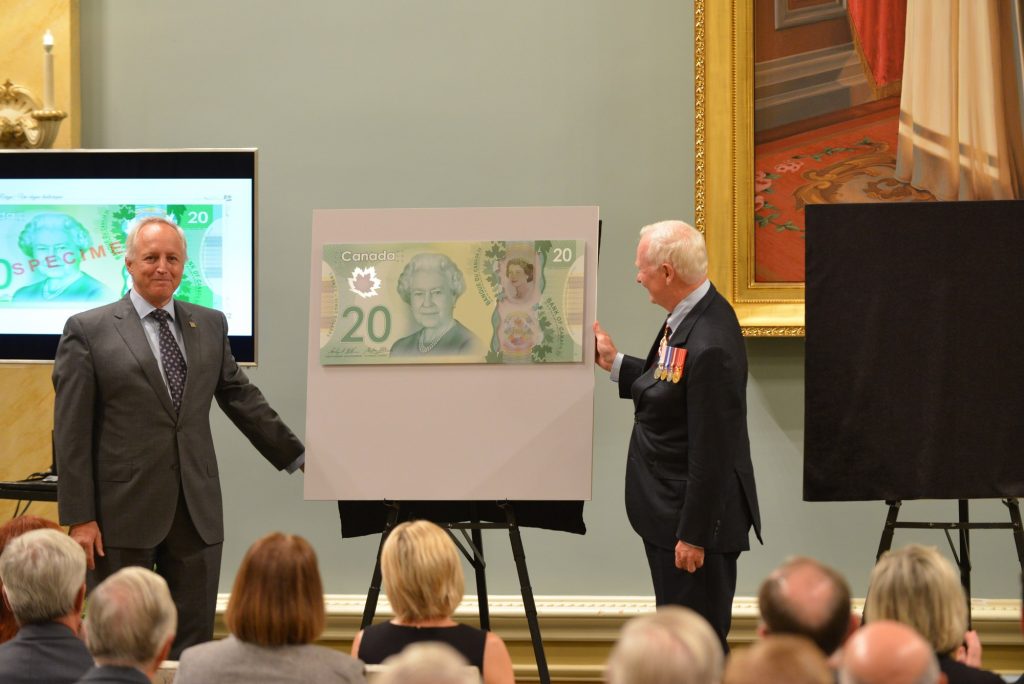 Ottawa – The Bank of Canada has begun circulating a $20 note commemorating the reign of Queen Elizabeth II.

The note was introduced during a Sept. 9 ceremony hosted by the Governor General of Canada at Rideau Hall in celebration of Queen Elizabeth II becoming the longest-reigning sovereign in Canada’s modern era.

The commemorative bank note is a variation of the existing $20 polymer bank note that already features a portrait of Queen Elizabeth II. The new note is identical to the current $20 note, with one distinct difference: its large window contains a range of special design elements, including a portrait of Her Majesty wearing a crown (tiara) for the first time on a Canadian bank note. The portrait is based on a 1951 image by renowned Canadian photographer Yousuf Karsh – the same photograph that inspired the portrait engraving of the Queen, without the crown, for the 1954 Canadian Landscape series of bank notes and the 1967 commemorative note celebrating Confederation. Since her accession to the throne in 1952, an image of Her Majesty has appeared on every series of Canadian bank notes.

The Bank of Canada issued 40 million commemorative notes beginning Sept. 10. They will circulate alongside the existing $20 note, which will continue to be issued and will comprise the vast majority of $20 notes in circulation.

The Bank of Canada, Canada Post and the Royal Canadian Mint will respectively introduce a commemorative bank note, stamp and coin, highlighting the milestone.