Poehler's "Once Upon a No" campaign highlights how 'no' can be a positive thing for natural teas and stress-free consumers. 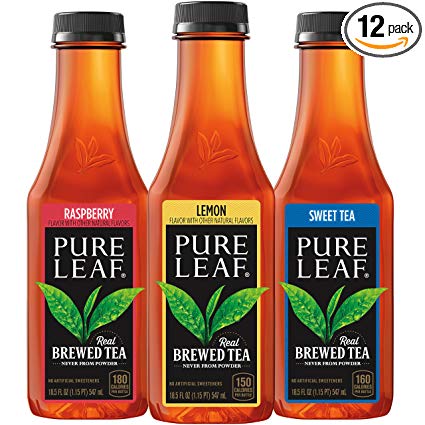 The campaign is derived from and celebrates the way the company embraces the word ‘no’ when brewing iced tea. The brand says ‘no’ to artificial flavours, ‘no’ to tea powders and concentrate. “No Is Beautiful” aims to inspire people to say “no” to the things that do not matter in tea and in life, so they can say “yes” to more of the things that do.

While the brand can’t check off every item on everyone’s to-do list, Pure Leaf understands the importance of starting somewhere. The brand committed helping normalize “no” in order to say “yes” to what really matters, and the “No Is Beautiful” campaign is coming to life in the following ways:

In addition to a 60-second TV ad currently on-air narrated by Amy Poehler (produced by DDB), Poehler also worked with Pure Leaf to launch a light-hearted digital series titled, Once Upon a No, which reimagines classic fairy tales to show how the word “no” can be beautiful. The series was directed by Poehler’s friend and former co-star, Rashida Jones, and debuted in honour of National Tell a Fairy Tale Day. Out-of-home advertising and in-store retail amplifications will also depict the campaign message.

“There are times when I love the power of no, so of course I was happy to be part of this campaign when Pure Leaf shared it with me,” said actor and producer Amy Poehler in a statement. “The Once Upon a No videos are a fun way to show how you can change the outcome of an entire story with just one word, and getting the chance to be directed by my beautiful wife Rashida Jones put it over the top for me. Ironically, when Pure Leaf approached us both, it was easy to say yes!”

In celebration of “No Is Beautiful” and Once Upon a No, fans are also invited to rewrite and imagine their own fairy tale for a chance to win an illustrated version, and a once-in-a-lifetime fairy tale adventure.  For official details and rules, visit www.OnceUponANo.com.