The Canadian Heart and Stroke Foundation recommends eating less than 5 per cent of total calories per day from added sugar, but the average North American currently consumes more than double that amount. Lily's Sweets provides a better-for-you confection to combat that statistic. 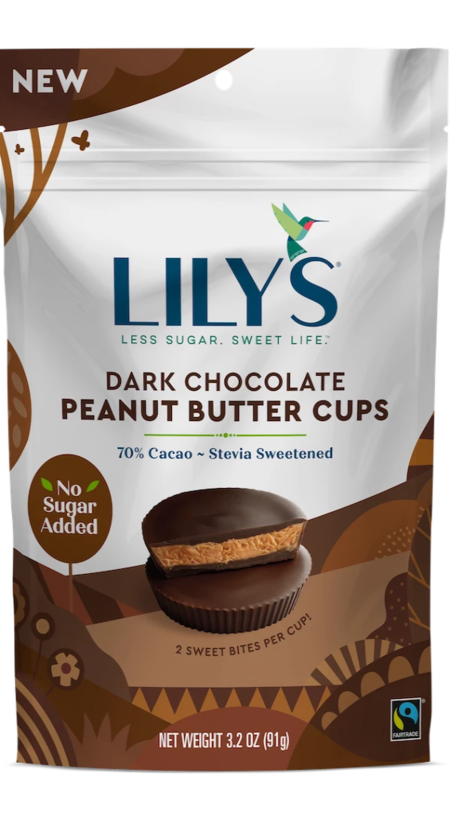 Lily’s Sweets, a confectioner in the no-added-sugar industry featuring botanically-sweetened chocolate and confections, announced ambitious growth plans for 2019 that include the rollout of a new logo and packaging.

The addition of eight new products will be hitting shelves this spring, and the execution of integrated consumer campaigns that celebrate just how sweet life can be without added sugar.

This announcement comes following a growth year for the brand, including doubling the size of its business. In the last 52 weeks, Lily’s Sweets is up 165 per cent in MULO and 95 per cent in the natural channel. Supported by an experienced team brought on in 2018, the new packaging and products will debut at Natural Products Expo West this March and begin to hit shelves this spring.

The Canadian Heart and Stroke Foundation recommends eating less than 5 per cent of total calories per day from added sugar, but the average North American currently consumes more than double that amount, increasing risks for a variety of health issues, from general weight gain, to heart disease and certain cancers. As consumer awareness of the health issues related to sugar grows, so does the desire to reduce overall sugar intake. In fact, 84 per cent of consumers agree they have limited the amount of sugar in their diet in the last year. As a nationally-distributed, natural no-sugar added brand, Lily’s Sweets helps reduce overall sugar intake while not demanding an overall ban on sweets.

“When I founded Lily’s Sweets, it was to answer my own need for delicious chocolate, my favourite food, I could eat daily, while also limiting my sugar intake,” said Cynthia Tice, co-founder of Lily’s Sweets in a press release. “While I always believed Lily’s would be successful, this expanding mainstream consumer awareness and desire for change created a groundswell for growth for Lily’s Sweets beyond what I could have ever imagined. Like me, people were showing a desire for an amazingly-delicious chocolate they can indulge in daily without the added sugar.”

Tice, a trailblazer in the natural products industry who opened and operated one of the first natural food stores in Philadelphia for two decades and then acted as a consultant to retailers launching natural sets and brands launching new products. Inspired through this work, she created the proprietary recipe for Lily’s Sweets using a combination of natural ingredients, including stevia, to create a chocolate with no added sugar.

Since launching nationally in Whole Foods Market stores in 2012, the brand has experienced exciting growth, and today is available in 10,000 stores spanning the natural channel and conventional retailers like Kroger and Publix. Seeing how quickly the concept was taking off, Tice realized a need for an investor and larger team to help Lily’s reach its full potential.

“By 2017, I was aware that Lily’s had outgrown our team of four people, and my experience consulting other brands afforded me an appreciation of just how special Lily’s was. I wanted to give the brand the opportunity that it deserved, and decided bringing on an investor and leadership that could grow a team would best set Lily’s up to meet its full potential,” added Tice. “I purposefully selected VMG based on our shared values, as well as their history of creating meaningful relationships between founders and the new management team. Since forming our partnership last spring, I’ve been delighted to see our CEO, Jane Miller, grow this team and best set us up for success, while I continue to have the opportunity to act as the daily conscious of the brand.”

Now headquartered in Boulder, CO., the team has expanded to nearly 25 people and is operated under the leadership of a variety of natural products industry veterans, including Miller, formerly of Rudi’s Organic Bakery, Heinz and PepsiCo; Phil Mason, SVP of operations, formerly of Thanasi, Evol and Nestle; Lonna Borden, CFO, formerly of Justin’s and Izze; Sarah Meis, VP of marketing and innovation, formerly of Purely Elizabeth, Van’s Natural Foods and Danone North America; and Seth Monette, SVP of sales, formerly of HannahMax Cookie Chips, Interbake and General Mills.