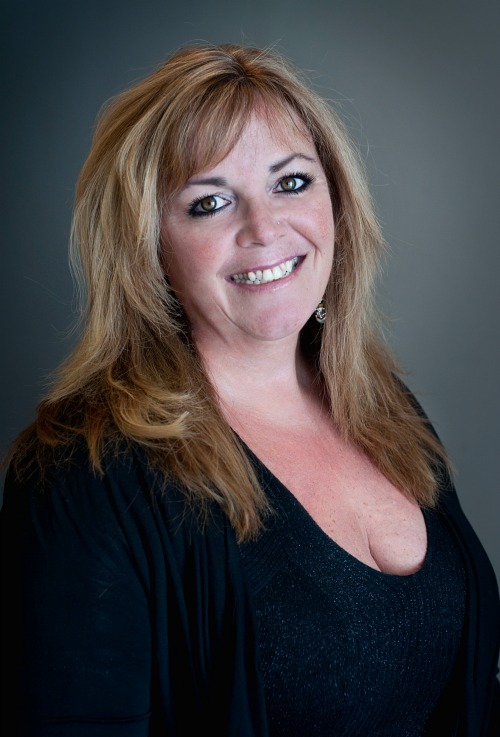 Lorna Kane is a superwoman in the vending industry. The owner and sales manager for Kane’s Distributing Ltd. based in St. Catharines, Ont., Kane is the 2016 recipient of the Canadian Automatic Merchandising Association’s Don Storey Memorial Award. She is also the first female to receive the honour.

Canadian Vending: Congratulations! What does this award mean to you?

Lorna Kane: For a number of reasons I’m quite proud. For one, my father received it a few years ago. And the main reason is that I’m the first woman to receive the award. It’s been the old boys club for many years so maybe I’ve opened the door for women to be recognized. I kind of feel like Halle Berry!

CV: The award honours integrity and commitment to the industry, why are those traits important to you?

Kane: I grew up in the business so I’ve been attending the CAMA show since I was a kid myself. I’ve worked in many aspects of the industry; we used to be an operator, then we sold that part of our company and switched over to be a supplier. I’ve been on regional boards – I was on the Ontario board a couple of times – I attended different meetings for the coin council when they were first bringing the loonie out. I’ve been on the national board a few times and I’m currently on it again. I’m a very strong supporter of CAMA. I think the association is important to both operators and suppliers.

From my company’s standpoint, we’ve done a lot of things outside of the box, but that have involved vending, so they bring to light what vending machines can be used for. For example, we started our own software division and we manufacture a product called VendIT, which is using vending machines for industrial safety supplies and inventory management.

CV: Your company recently partnered with Nick McLaren, owner of Langley Wholesale located in Langley, B.C., to form Distribution QM. How is that partnership going?

Kane: It’s going quite well. The Q and the M are for Quebec and Maritimes, so we have a sales rep – Meissam Hagh Panah – on the road there selling all the products that Nick and I also sell through our individual companies. I would say Nick and I are very pleased with the success we are having so far. All new companies are slow to start, but we are filling a niche out there so we are happy we took that step. In theory, Nick would have been considered my competitor – I sold across Canada – but then I met him and we really got to know each other. Our friendship really flourished and we realized this was an opportunity for us to start a joint venture. I think it was a good move.

CV: How has the distributor industry changed over the years?

Kane: I’d say the majority of the changes have come in terms of technologies. It’s not just about having sales reps and guys out there fixing machines; we need to have software engineers who know their products and are able to teach clients. I have three software engineers working for me. That’s really where our focus is, and I would say across the board the whole industry has changed. Yes, there’s always going to be updated equipment, there’s always going to be newer, prettier things – LED lighting and all that – but the major changes are in the technology sector.

Micro markets, from a distributor standpoint, have really changed our business too in the last two years. We’re seeing a lot of micro markets go out where there would have been traditional vending machines set up, such as in the lunch rooms. That’s a huge change for us. With products, there are changes too leaning towards the healthy vending. You’re always going to have your core snacks and pop when it comes to vending, you’re always going to have somebody who wants to buy chips and a soda, but there are more product offerings and different packaging.

CV: What are some challenges facing the industry?

Kane: The biggest challenge is change. The move towards self-serve markets, that’s a challenge. We’ve had to grasp that concept and go out and sell it, knowing that every time we sell a micro market we’re not selling the vending machines into it. But those changes can be good too, and certainly in our case they have been. We have probably put out more markets than we would have vending machines in those same locations.

Whether you’re a vending operator or a supplier, if you’re not willing to roll with the changes or to embrace them, then you’re done; you have to be willing. If we hadn’t started up our technology division 20 years ago, and we hadn’t jumped into micro markets and if we hadn’t done all these different things that we have done to evolve our company, if all I was doing was selling pop and snack machines like 20 years ago, I wouldn’t be here today to talk about it. I think change is important and it’s also the challenge.

CV: What are your predictions for the future of the industry?

Kane: Definitely we’re seeing a lean towards healthy products in vending and micro markets. We’ve got markets out there that have individual coolers just for vegetarian items, so we’re really seeing a focus on health. I don’t think this is a fad. Fads come and go. This is going to be the future. There will always be a need and a want for the chips and candy bars and sodas, but the growth is going to be in the alternative beverages and the healthy snacks sectors, and that’s going to continue to grow and evolve.

As well, taking the traditional vending machine and using it in alternate areas – using it for inventory control or alternative products – is the future. There are endless places where we can bring vending machines.

Editor’s note: This interview has been condensed and edited.