Chris Stegehuis reflects on his year as CAMA President 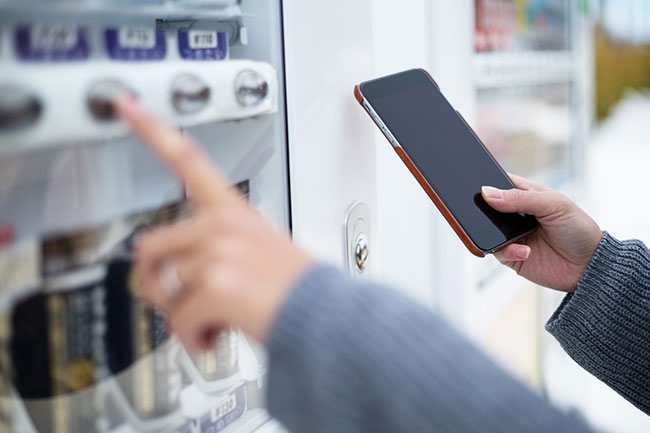 The current president of CAMA, Chris Stegehuis took some time out of his busy day to share his hopes and enthusiasm for the upcoming CAMA 2018 Expo. The Ontario-born Stegehuis speaks with great affection for his former childhood home and hopes to share some of the rural beauty of the area with the CAMA Expo’s attendees.

“I grew up in the area, and I was vocal about having it at Collingwood. So, I’m a little biased to the area, but it’s a great area. I kept hearing from all of the CAMA members, ‘hey, we’ve done Toronto a number of times; we’ve done Niagara Falls a number of times. Let’s have a destination sort of thing.’ Stegehuis hopes that this will induce a more relaxed feel than being in a downtown locale. “We’ve picked this location specifically for that.”

Stegehuis speaks warmly for the association he represents, and speaks fondly of the chance for members to get to know each other, or reconnect from previous meetings. “I think this show provides a great opportunity for us to get together as a group, and for operators to talk amongst themselves, and for suppliers to have a chance that we may not have in their day-to-day interactions to see operators because their out working on the machines or covering for someone who may be on vacation. It’s hard to get hold of operators. The show provides a perfect opportunity for peer-to-peer connection.”

The care that goes between CAMA and its members doesn’t extend solely to interpersonal interaction. The association is deeply concerned about the costs that are associated with starting up in vending, and aims to make the industry easier for those who are just starting out, or need a helping hand with their day-to-day business.

“From the operators that I’ve talked to, the insurance program is a huge asset to the operators and even the suppliers that chose to take advantage of that,” added Stegehuis. “Some of the suppliers already have that stuff, but how do we expand upon it? It’s by making sure we bring value as an association to our members and looking at ways to do that.

Stegehuis adds that he hopes CAMA in the future would be able to group the association or the members as one customer to them and negotiate a bit of a better rate for everybody.

As a businessman himself, Stegehuis adds that he’s always looking to add value to the CAMA membership. “This is something our association strives to do for their members so that we can retain old members while attracting new companies as well”.

Stegehuis reflects on the changes he’s seen as president. “It’s been an interesting year; I think there will always be room for coins and bills, but we do definitely see a change to the cashless side. He feels that cashless transactions are changing the industry, and CAMA has answers for those just starting a career in the vending industry.

Changes in technology are not the only shifts that Stegehuis has witnessed.

“We have seen acquisitions on both the supplier and operator member sides which is changing the landscape.”  He also adds that new regulations coming to nutritional guidelines and package labelling will “further impact our members.”

Stegehuis adds, “CAMA is very proud of the development of a credible national healthy choice program.  The association spent a lot of money and resources to develop SMART PICK.  Our operator members are seeing success using the program which is something they would not have had the money or resources to develop on their own”.

Stegehuis is sympathetic to the plight of the first timer’s venture into vending. “Just the metrics of it all, to be able to purchase in volume to get some competitive pricing on goods, finding locations where their equipment can go, because a lot of locations have contracts with operators.” He adds that technology provides those who are looking to launch their business a good place to start. “Getting in today, although expensive, sometimes it can be an advantage, because you’ve got the latest technology integrated into today’s machine.

“We look forward to hosting Expo 2018 in Blue Mountains where industry stakeholders will have an opportunity to learn, grow and network!” o