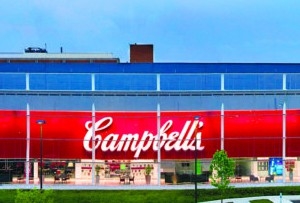 Denise Morrison, Campbell’s President and Chief Executive Officer stated in a press release, “The transformative Snyder’s-Lance acquisition served as a catalyst for us to re-examine how to best organize the company for increased emphasis on execution and profitable growth.”

Future plans for Campbell include their “accelerator unit,” designed to bring healthier food choices to consumers. Campbell Fresh is now part of that new unit to maintain focus on turning the business around and to achieve growth rates consistent with the packaged fresh category. Products among the Campbell Fresh line include the Bolthouse Farms portfolio of refrigerated beverages and Garden Fresh Gourmet tortilla chips.

The Campbell Fresh team remains focused on returning its CPG business to profitable growth with an emphasis on innovating the Bolthouse Farms refrigerated beverage portfolio, while increasing health and well-being convenient meals and snacks.