Market research on self-checkout and micromarkets. 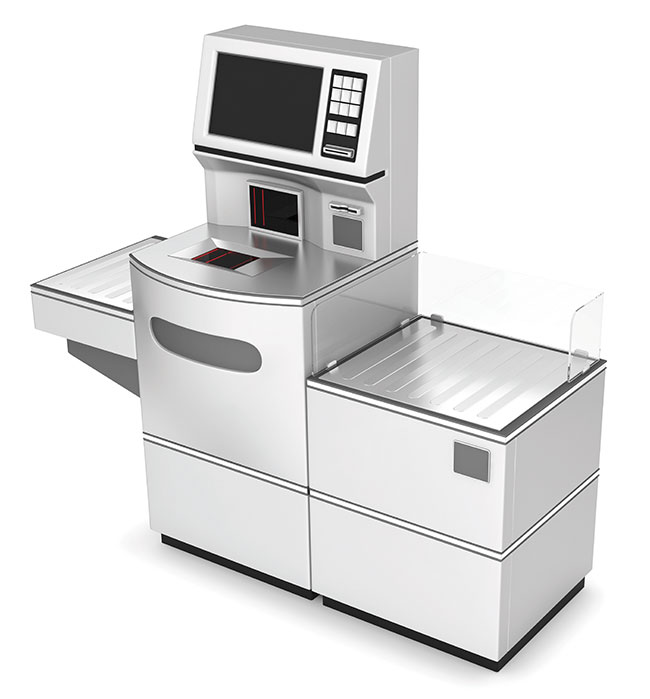 Two studies were conducted to find out how consumers felt about self-checkout stations. One was sponsored by Shekel Brainweigh Ltd., and the other study sponsored by SOTI. SOTI revealed that 66 per cent of shoppers preferred self-service and self-checkout as the most preferred solution with 53 per cent favouring the technology, followed by digital kiosk /scanners to enable price checks, coming in at a distant second (23 per cent). In addition, 77 per cent of consumers would be very or somewhat comfortable in a retail setting where only self-checkout technology was offered.

According to SOTI’s survey, which looked at U.S. consumers shopping habits both online and in-store, 76 per cent of consumers indicated they have a had a better in-store experience when retail sales associates were armed with technology. Additionally, 67 per cent of the respondents said retailers that utilized more mobile technology enabled them to save time, according to a press release.

Micromarkets or coffee services that provided self-checkouts were only preferred if the machines could easily and rapidly identify items; according to an online survey, sponsored by Shekel Brainweigh Ltd., 90 per cent of consumers desire self-checkout machines that can automatically identify items.

The consumer study takes consumers’ pulse on checkout, vending machines, convenience and autonomous store technologies. Nearly 80 per cent of survey respondents were between the ages of 18-60 years old and 62 per cent were female.

Key findings of the studies are:

Yoram Ben Porat, CEO of Shekel Brainweigh said in a press release, “The results of our Consumer survey is coherent to the market trends as we know for some time, and well represent the major desires of consumers for improvement of their unattended shopping: better and faster shopping experience, availability of stores and variety of products.”

For more than 40 years, Shekel developed scale and weighing technology. The company provides weighing solutions to the retail and healthcare markets via companies such as Toshiba, Fujitsu, Diebold Nixdorf and others. Utilizing its experience in weighing technology, Shekel Brainweigh introduced a suite of new products aimed at meeting the challenges that traditional retailers face today, such as store automation and operational excellence – including overstock and understock issues, loss prevention and enhancing the consumer experience.