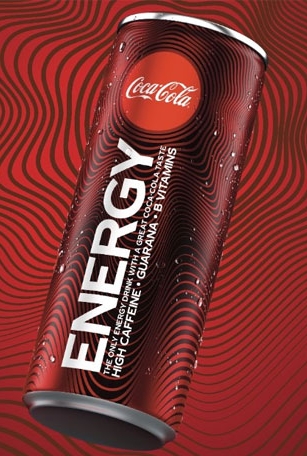 The first energy drink under the Coca-Cola brand will launch in Europe, the company announced.

Coca-Cola Energy, which will debut in Spain and Hungary, features caffeine from naturally-derived sources, guarana extracts, B vitamins and no taurine – all with a great Coca-Cola taste and feeling that people know and love. A no-sugar, no-calorie option also will be available. Both will be offered in 250-ml cans.

“Coca-Cola Energy includes ingredients from naturally-derived sources and a delicious and refreshing taste of Coca-Cola,” says Javier Meza, global chief marketing officer, sparkling business, The Coca-Cola Company in a press release. “We kept these two qualities at the heart of how we developed the recipe and are proud to offer it under the Coca-Cola brand, inviting people to try a new and different energy drink that is designed to complement upbeat and busy lives.”

As a total beverage company, Coca-Cola continues to evolve its portfolio to bring people more of the drinks they want – from organic teas, to juices, to enhanced waters, to ready-to-drink coffees, to new variants of Coca-Cola. The launch of Coca-Cola Energy is the latest articulation of this strategy, however, there is no defined date for a product launch in North America.

A visual identity and marketing campaign will support the launch of Coca-Cola Energy, which is designed primarily for young adults, age 18 to 35. The new extension will be promoted in line with The Coca-Cola Company’s responsible marketing guidelines. These include, in line with UNESDA (European Soft Drink Association) guidelines, no sampling in proximity to primary and secondary schools and never promoting mixing with alcohol.

Meza said there are plans to add other markets in the future. “We plan to introduce Coca-Cola Energy in additional countries through 2019 and 2020,” said Meza. “We will confirm plans and timings if a decision is made to launch this new extension in a certain market.”