There are several organizations dedicated to worthy
causes as they either try to persuade people from cultural vices or try
to give a new perspective on the way things “oughta be.” 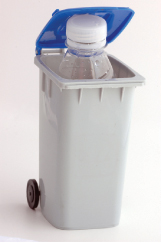 There are several organizations dedicated to worthy causes as they either try to persuade people from cultural vices or try to give a new perspective on the way things “oughta be.”

Mothers Against Drunk Driving springs to mind as a worthy crusade to make people think three times before getting into a car while under the influence of alcohol. Other organizations such as ARI are dedicated to having people just think critically and objectively, indeed a fundamental that sadly needs to be reinforced. And of course there are others that have causes, which could be deemed misguided but in their misguided pursuit they stumble across a real “cause
célèbre.”

Take the environmental movement for example. They have been predicting global disaster on a Malthusian scale and like Malthus have had to change the mantra from “Global Warming” to “Climate Change” so as to become more believable (it’s hard to argue against the fact that climate changes, we have hot days in summer and cold days in winter).

Predictions from climatologists are dubious at best when they forecast out into the next century while their counterparts, meteorologists, have a hard time predicting five days in advance.

That being said, there is one aspect to the environmental movement that I agree with: the absurdity of bottled water. Now there are some places where it is essential to buy water due to insufficient resources or broken infrastructure, but for the most part, this billion dollar plus a year industry does not thrive on disaster relief, it gets its momentum from everyday consumers who have bought into the idea that bottled water is better for you.

Objectively, the water industry would be hard pressed to make a claim that their product is superior to tap water in responsible jurisdictions (Walkerton aside) but there is still mass appeal so much so that people are willing to part with a buck and a half of their hard earned money for something they can get for virtually free.

Consumers have agreed with the marketers that drinking bottled water is either “cool,” good for your health, or projects an image of status not afforded those who opt for the water fountain.

Now if you had asked the man on the street 20 years ago if there was room in the economy for a business that sells water in bottles for the price of pop, I’m sure he would not have bet on that horse. And yet again the same – and might I add sane – man on the street probably would not have bought into the idea that people would support a market for “Kleenex on a Stick” as an astute retailer once put it; but there you go, Swiffer is a tremendous marketing force.

The point that the environmental industry is making is that the amount of plastic going into production is harmful for the environment and potentially there are certain compounds in the plastic that are bad for your health (Canada will be the first industrial nation to restrict bisphenol A, an essential ingredient in hard plastics and hormonally active).

Now there may be some validity in that; however, the industry has made great strides in bringing either recyclable or biodegradable containers to the forefront as well as exploring ways to curb health concerns. So what is the real cost to the environment then?

Consider that the largest part of the cost of a bottle of water is not the water, nor the bottle, not even the label, but the transportation of the product (sometimes thousands of miles for French water) you can begin to imagine the energy spent on getting this product to the convenience store.

In the world of economics, there will never be a transportation system more efficient than a pipeline. No amount of careful planning and judicious use of road resources will equal the ability to turn on or off a tap to get a product delivered through the force of gravity. Whether it is the water utility, the natural gas company or a conglomerate, which builds a fantastic project to transport crude oil from the Beaufort Sea to refineries in Sarnia, the operating costs of delivery will always be less expensive per unit with this mode of transportation.

More efficient means less energy is spent to deliver the service or product, which in turn means fewer resources, are consumed to achieve the same result.

So what does this mean for the vending industry, which looks to bottled water as one of the “healthy choices” that actually sells in the vending machines?

In the long run there may be some issues with consistency – after all, consistency is the main reason bottlers want to control the product that carries their name – but from someone who has been in the coffee industry for a while, the issues are not insurmountable.