In the dog days of summer with the mercury testing our hot weather
limits, it’s hard to think about quenching the heat with a hot brew.
While coffee holds its own in sales over the steamy months, it can also
offer great relief from the sauna we affectionately know as July and
August.

In the dog days of summer with the mercury testing our hot weather limits, it’s hard to think about quenching the heat with a hot brew. While coffee holds its own in sales over the steamy months, it can also offer great relief from the sauna we affectionately know as July and August.

Cold or iced coffees have been around for ages, most of them are based from espresso that has been brewed in the traditional way, and then chilled for use in a composite drink. 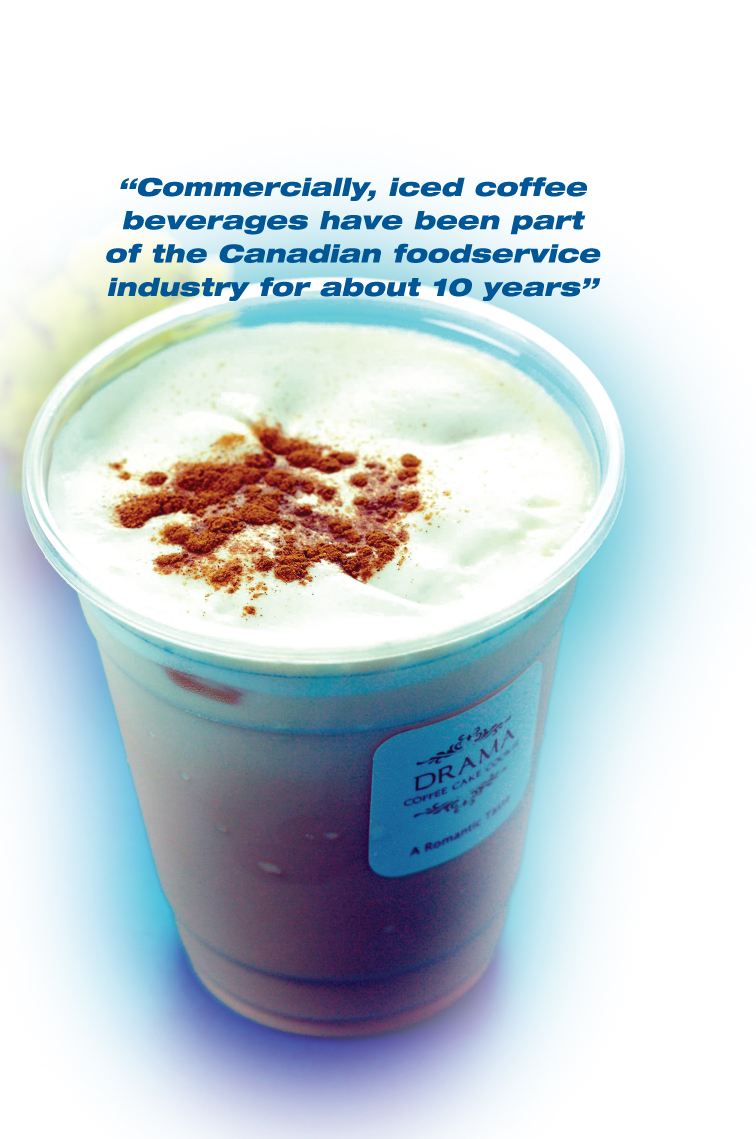 The traditional cold coffee consists of chilled espresso shots mixed with cold milk, ice and perhaps cocoa. All the ingredients are put in a blender and mixed until a smooth consistency is attained. To alter the flavour dynamic of the “Iced Cappuccino,” shots of flavouring syrups can be added as well.

But the story of cold coffee beverages doesn’t stop there; no indeed. There is a growing following of home alchemists who are brewing two great beverages into one, the Espresso Stout.

Essentially, home brewers are producing an espresso-based beer that imparts a pronounced coffee flavour.
Any home brew master will tell you that making beer (especially if you make it from scratch without the aid of a kit) is all about cleanliness and precision. Therefore adding a new ingredient into the mix usually makes for a complicated balancing act. The resulting brew, if done right, is a great marriage of two fine beverages complementing each other rather than ending up pleasing no one.

Not to be outdone, the martini madness that has spawned many a fledgling martini bar has also created a coffee version of the James Bond classic quaff.

Using espresso again, the mix includes a coffee liqueur and vodka (don’t try gin, apparently the juniper doesn’t jive with the java). In order of appearance, the ratio to make this drink (shaken or stirred, it really doesn’t matter) is 1:1:2, with the vodka chilled and the coffee cold.

If alcohol is not your cup of coffee, there are also great ice cream recipes out there that make a fine summer dessert. They all involve using double strength coffee that has been chilled in the fridge and made with an ice cream maker (electric or manual). The more creamy recipes will also call for eggs as part of the ingredient mix that has been scalded with the cream in a double boiler.

Now if you have coffee ice cream, you are only a skip away from coffee milkshakes!

Commercially, iced coffee beverages have been part of the Canadian foodservice industry for about 10 years.
Mostly produced and served out of Granita machines, they come in either liquid concentrates of powdered versions; both needing reconstitution with water. Logistically, it is a lot easier to use these types of products for speed and consistency than trying to train staff on making and mixing the perfect iced cappuccino or fruit based granite.

What is interesting is that the world market for iced or cold coffee beverages seems to be picking up. In Japan and other Asian countries, coffee is sold in cans off of the grocery store shelf. Japan has also led the world in vending canned coffee to be consumed cold.

While this would be more akin to selling pop out of a vendor for most vending companies, it still falls under the coffee category of sale. And with over 37 different canned coffee products to choose from, the Japanese vending industry is not lacking for selection.

It will be interesting to see what the Canadian coffee market has in store for those of us in the business when it comes to iced products. If the signs on the horizon mean anything, we could be looking at a new ice age. o
Questions or comments?  Reach Brian at Brian@heritage-coffee.com.