United Flavours Of The World

The concept of flavoured coffees has been around for almost as long as
there has been coffee.  What we have done in the later part of the 20th
century has been to add flavours that were limited only by our
imagination, not our ability to confect them. 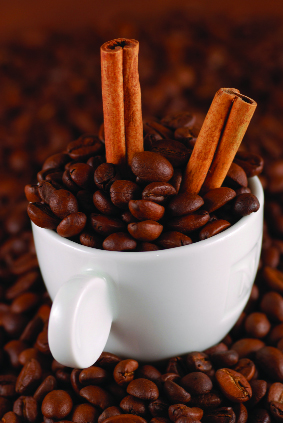 The concept of flavoured coffees has been around for almost as long as there has been coffee.  What we have done in the later part of the 20th century has been to add flavours that were limited only by our imagination, not our ability to confect them.

When Snapple came out with their myriad of flavoured teas, such as Blueberry Mango Passion Fruit, the world, at least as far as Greenwich Village was concerned, was never to be the same again. The more exotic the combinations the more legs the brand got to the point where it became a national phenomenon.

Now in all fairness to the other purveyors of cool flavours, it wasn’t so much that Snapple had hit upon something “new” (they hadn’t), what they did do was market their flavours more effectively than the other guys. And maybe their timing was a little better as well.

It seems that there is always a product in search of a market, and sometimes that market doesn’t exist in a large enough force to make the poor Diogenesian product viable. So either the market is created, or really good timing rockets the product to the top of the charts.

A good case in point is a little-known bottled water company long since bankrupted that had the great idea to sell flavoured water without the calories or the chemicals of sugar or aspartame.

Seventeen years ago when this idea was launched, the critical mass did not exist on its own to have these flavoured waters on all the store shelves.

Fast forward to 2007 and sugarless flavoured water is a big hit with those who want something less sweet and know they are not going to have to pay for it at the gym.

So, what’s up with flavoured coffees? To start with, let’s look at a brief history of
coffee. Way back – about 300 years ago – coffee in the Middle East was already being flavoured with such exotic essences as cardamom, cinnamon and cloves. Sometimes oils were added to the coffee after it was roasted or even brewed to give it a unique identity.

Those who still like coffee in the Turkish tradition will have it spiced as the more common way to drink coffee than not.

On the other end of the spectrum are the real purists who may even go so far as to say that putting milk/cream and sugar into your coffee is a way of flavouring it; and I guess they would have a point, but go ahead and have it double-double if that’s the way you like it.

Now there will be a few who will say, “I remember there being Amaretto, Swiss Chocolate and French Vanilla coffees available way before the ’90s.  And you would be right; one of the first places I can think of to sell flavoured coffee the way we know it today was The Coffee Gourmet Centre on the corner of Greene and de Maisonneuve in the Westmount neighbourhood of Montréal back in the mid-1970s.

The list of what is available in flavoured coffee is remarkable not by its size, but by the fact it doesn’t seem to want to stop growing. Sure flavoured coffees make up a small percentage of the whole market, but there is a definite die-hard fan base that keeps asking for more variety, and the more “out there” the better. As an example, when the antioxidant craze of blueberries started to ratchet up, it wasn’t long before the demand for blueberry-flavoured coffee came a knockin’.

While being a firm believer that flavoured coffees, as we know them (either whole bean or fresh ground), have a place in the market, there are a few limitations to these products that cannot be overstated.  For one, these products make an excellent diversion from the same coffee day in and day out at an OCS location where thermal servers are used.

But in no circumstances should an operator ever attempt to put flavoured coffee into his fresh-brew vending machine or counter-top equivalent. This would be a recipe for disaster, as the aroma of the flavouring will soon overpower any other product in the machine. It has been done in the past and I suspect it will be done in the future, but the operator who has, and will attempt it, will come away from the experience a little wiser.

Further, it is always a good idea to instruct your clientele to give the flavoured pot a really good rinsing before going back to non-flavoured coffees in the lineup.

By offering flavoured coffees to your clientele, you nicely round off your product selection from the host of menu items in your inventory. They may never achieve the sales results of straight coffees, but they do play a great supporting role.o