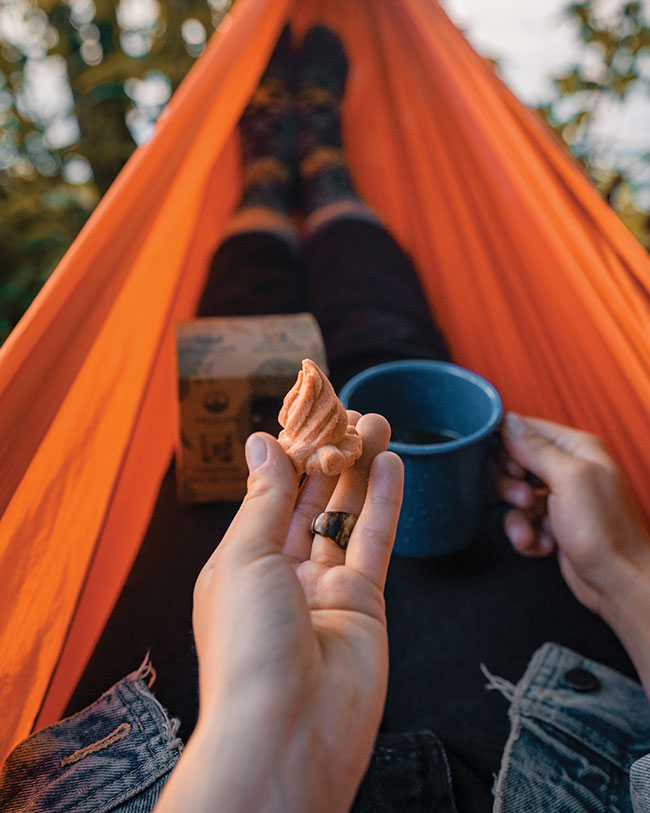 At first glance, it almost sounds like something out of a science-fiction movie or show: an inviting geometric shape, patterned after recognizable objects like fruit, or a company’s logo or form of their choosing. Just plop said design into a glass’ worth of hot water, and voilà! Your 3D printed coffee or hot chocolate is ready.

At least, that’s the idea behind the creative minds at Devoray, a Quebec City-based company. Their concept of generating customer-friendly, marketable 3-D shapes formed from consumable and dehydrated material makes for a versatile, futuristic product that sounds as adaptable as it is delicious. The name itself is a playful turn of phrase from the French term “dévorer”, meaning “to devour.”

I had an engaging conversation about the versatility of this concept with Léo Daviaud, Devoray’s Customer Success Director, a key member of an enterprise that quickly grew in its staff along with its technological developments going as far back as 2015. Suffice it to say, the type of advances they are making in their very specific field quickly became clear as we discussed the type of materials, resources and target markets particular to this challenging endeavour.

“Our company president, Samuel Côté had already been working with 3-D modeling for a while already, but the question of a consumable equivalent in the industry market quickly arose: why isn’t the versatility of such a defined and precise printing technology being applied to edible shapes that could easily be adapted as required to, say, to easily pair with a corporate logo and similar promotional events?”

One hurdle was certainly the intricate printing process required, and its time consuming (not to mention production costs involved) evolution, given its state as a pioneering technique in the field.

With its small but considerably skilled team of engineers with backgrounds ranging from mechanics to physics to biochemistry to food industry science (including Daviaud’s own studies in Human Nutrition at Polytechnique Bordeaux in France) they have found ways to improve the process to nearly fifty times the rate of a normal, consumer-level printer, thanks to their group’s unique and proprietary technology.

But rather than be limited by standard printing techniques (the norm being the use of soft plastics, metals and other base materials), the team found the means to apply the same principles to organic matter, in the form of safe, edible matter, without loss of quality or food safety risks.

Typically, Devoray’s current tech can produce as many as two million units per year, depending on the complexity of the patterns involved, which can obviously affect the output based on the design. And yet, the team remains undaunted by each challenge.

“It’s really a matter of getting in touch with our client base, managing the expectation of their concept, then planning, designing and testing in accordance with the feasible model discussed,” Daviaud added, mentioning an impressive list of large scale partners that include the SAQ (Quebec’s liquor board), Bacardi and Laura Secord, among others.

“Before the Covid-19 pandemic, a lot of our output was based on custom orders from varied clientele, however, the shift to the B2C market became an obvious choice”, Daviaud continued. “So, logically, production of tailor-made patterns can’t be sold nationally, but rather to the client directly, based on their marketing plan. We needed to adapt to existing conditions, and did so accordingly.”

The current website was developed quickly, to allow for commercial consumers the same access normally used by larger conglomerates. At the same time, Daviaud was quick to point out, a fine balancing act must exist between demand and production, so to allow for the maximization of core materials and technology use that are key to their enterprise. Customer feedback and interest has consistently been five to six times what their initial projections were, which was a welcome sign, given the current situation and global economy. 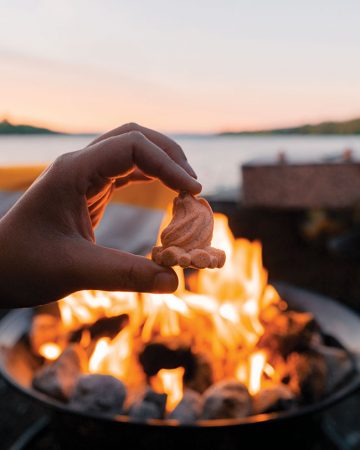 Devoray can print the beverages in any shape and wrap them individually for travel.

While the possibilities featuring hot and cold beverages are boundless, the team also considers the potential for mass supply in high traffic and high consumption corporate environments on the catering side, namely with teas and coffees.

The logical approach Devoray has taken to their endeavour into this new market, is to simplify the mixing process of drinks to turn the everyday person into a nascent barista, without the hassle of figuring out measures and ingredients.

Is such a target market in the cards? “Many of our clients are caterers, so yes, it’s something we have looked into, given how many custom jobs we’ve done in the last two years. A company logo can easily become a staff-friendly signature beverage. Something that can go into a gift bag for guests at an event.”

Such a project became reality when Devoray helped out in the reopening of Montreal’s Hotel W, during the Grand Prix in 2019. Though the design wasn’t a hot beverage design, it did create a lasting impression with attendees, creating increased awareness.

Devoray has already been working with the Fairmount chain of hotels in several of their Canadian locations, for offerings of hot beverage designs for guests. Their reach of through large chains has now reached a bicoastal level (with some promising insertion into some California territories as well), according to a shortlist of clients brought up in conversation as we explored potential markets they are keen to tapping into. Some collaboration with the Laura Secord group has also proven positive, to say the least.

Daviaud is hopeful that their line of printable offerings can extend to signature beverages requested by ambitious clients. At the same time, he goes on to explain that there is only one limitation when it comes to their clients’ expectations, when ordering a product.

“Honestly, our production can only be limited by the extent of our clients’ own imagination when it comes to a fun design. The sky is literally the limit, at least based on the viability of the 3-D shape requested.” Such a versatile printing tool offers unlimited potential for untapped markets, one that the Devoray team is more than up to the task for.

With an understandable need to manage reasonable quantities with a deliverable delivery time, this growing company is sure to make an impact with its product, one that was made available for testing at the Restaurants Toronto show back in early 2020. Both a fun concept and an inventive approach to an ever-present demand in the Canadian and global market, it’ll be interesting to see what heights Devoray can reach.

With hundreds of existing patterns under their belt as well as a barely untapped public market, we may very well see this brand develop into a popular office brand name.

Dominic Messier writes in both English and French, and his work has appeared in The Sherbrooke Record, Bell Media, and currently on Skip It or Love it. He writes about pop-culture and the latest trends in food and entertainment for skipitorloveit.com.