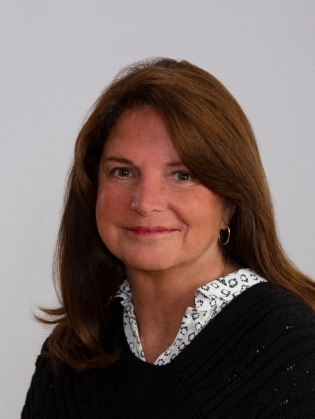 The progressive discipline policy is about punishment – not improvement.

This senseless and de-humanizing process was created to protect companies from adverse legal rulings, and mostly at the advice of legal counsel. The irony is that a claim or charge can be adjudicated in favour of the employee, not because of what the fired employee has or hasn’t done, but because the company failed to follow details outlined in its own policies.

Most managers see progressive discipline policies as lengthy, and ineffective. For the bad apple who shouldn’t have been hired in the first place, this process takes far too long. The minority of abusers use the policy like a playbook, and keep ahead of the game by changing the issue that is violated.

Typically, progressive discipline policies are comprised of steps that involve an employee and their manager and eventually witnesses. In each step, communication is routinely one-way and parent-child, ending with a threat: “Failure to improve will result in further disciplinary action up to and including termination.”

Assume that the majority of employees are want the company to succeed. They are adults: If a problem is brought to their attention, they’ll want to solve it.

A performance coaching approach is based on this assumption. If a problem arises, those involved will want to solve it. This coaching meeting has an agenda the manager partially prepares in advance to be clear and concise about the problem. When prepared, the manager can state the issue and then ask, “What’s going on?” This turns the problem-solving conversation immediately over to the employee to deal with the performance issue.

This is not a tiered process. This is an adult conversation that revolves on how the employee responds.

Cooperative: If the employee is cooperative, they accept responsibility and offer an action to address the cause. The solution is not provided by the manager. The manager facilitates the employee’s plan.

Uncooperative: The employee may not be forthcoming, blaming others or simply avoiding responding as an adult to the manager’s questions. In this case, the manager discusses what is seen and heared. Most people cooperate at this point. If not, the manager will ask the employee to go home for the day. Unlike a suspension, this time off is paid; The employee’s job that day is to consider their employment. Is this a job they want? If so, they are expected to return with a sincere plan of action. If the employee feels the job is not for them, the company processes the resignation.

Disrespectful: Occasionally, an employee goes beyond uncooperative and become disrespectful. There is no room for such behaviour in this process. The manager reflects what is seen and heard, and if the employee persists, managment ends the meeting. The employee is sent home and informed that the manager will call to let them know if they are still employed.

In all three instances, the problem is solved, usually under two conversations.

This process does have documentation. When a manager lacks confidence that any improvement will be made, a letter is sent to the employee documenting both sides of the conversation including the employee’s plan of action and kept in a company file. When the employee’s response results in resignation or termination, a report detailing the conversation(s) is submitted.

With this approach, the legal process is now focused on the employee’s response and subsequent actions versus whether the detailed progressive discipline steps were followed by the company.

As competition for good people becomes more intense, companies that treat their employees with respect, and as adults, gain the advantage. Managers are then free to use the leadership, judgment and communication skills for which they’re paid.

Sue Bingham is the founder of the HPWP Group, a master coach, speaker, and author. At the forefront of the positive business movement, Sue supports leaders as they achieve their vision of success, and designs common-sense systems that make people and organizations more effective. For more information about Sue Bingham, please visit: www.HPWPGroup.com.
Print this page