A co-worker of mine, who had an identical twin, once told me that as a
teenager the jealous boyfriend of a girl his twin was dating on the sly
had beaten him up. It was a case of mistaken identity.

A co-worker of mine, who had an identical twin, once told me that as a
teenager the jealous boyfriend of a girl his twin was dating on the sly
had beaten him up. It was a case of mistaken identity. 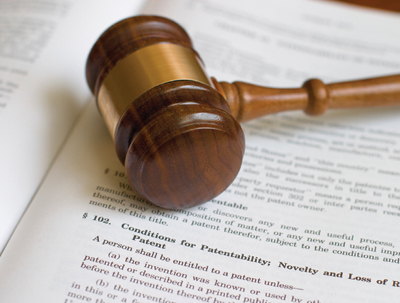 It must be frustrating to take the rap for someone that looks just like
you but whom you have no control over. If you’ve ever had another
company copy one of your products – it’s akin to the evil twin
syndrome. It’s corporate identity theft and companies suffer its
effects through lost sales and if the imposter is of lesser quality –
damage to the reputation.

Brand piracy is a serious topic in a very competitive business
environment. With all due respect to Johnny Depp’s Captain Jack Sparrow
– pirates aren’t welcome in the business world.

Counterfeiting and brand piracy have subtle differences. Counterfeiting
is defined as the unauthorized production of goods protected by
copyright, trademark or patent. Brand piracy is the unauthorized use of
copyrighted or patented goods or ideas. Making a hand-held PDA that
looks like a RIM Blackberry and calling it a Blaccakberry is
counterfeiting. Making a hand-held PDA with subtle differences in look
and feel and calling it a Redberry (as a company in China did) is brand
piracy.

A 2005 conference on brand piracy reported that the revenue legitimate
business lost to counterfeit attacks is up to six to eight per cent of
world trade. Canada has been under fire for reputedly providing a haven
for brand piracy with its lax copyright laws.

The Pollara polling firm conducted a survey for the Canadian
Anti-Counterfeiting Network and found that 28 per cent of Canadians have knowingly purchased counterfeit products. An additional 12 per cent learned of counterfeit purchases after the fact.

The RCMP has concluded that 90 per cent of the pirated products in the
GTA are imported – many of them offshore from Asia. In an ironic twist,
the Chinese government is already having challenges around the pirating
of the logo for the 2008 Beijing Olympics. It’s a growing concern
reinforced by the fact that the U.S. borders have more than doubled
their seizure of counterfeit goods since 2001 (Guiterez et al. 2006).

This type of issue is often described as a “victimless crime,” but we
all know that this is a shortsighted view. Companies can be looking at
big dents in their revenue stream and that affects shareholders, owners
and employees.

The vending industry not only deals with machine knock-offs but also
must worry about the products being vended. The top 10 most pirated
sectors are: high fashion, electronics, handbags, medicine, DVDs and
CDs, automotive parts, toys, cosmetics, foods and beverages. It’s
estimated that 20 to 30 per cent of the food sold in the U.S. is done
so by bogus manufacturers (CBC July 2007).
Bogus products are rarely made to the same quality standards as the real products are. In the case of
some ingested products – the results can be devastating. If it’s your
brand that’s being compromised – it can feel like there’s no
recourse. There are, however, some things to consider that may give you
back some control.

Defensive strategies for protecting your brand from being copied or
stolen are strengthened by using the Internet. I once worked at
“company xyz” with a very talented webmaster. To guard against brand
thieves he had not only registered “companyxyz.com” as the corporate web address but also several closely spelled versions and even “company xyzsucks.com.”

Scour the Internet regularly to keep yourself up to date on all
competitive products – including the copycats. Some companies use the
Internet to ferret out pirated product. Microsoft sells a basic version
of its software which then requires the user to visit the Microsoft
website to upgrade. Unauthorized users are identified and tagged. While
this exact strategy may not apply to all sectors – the fact that
Microsoft changes its product regularly is their competitive strength.

Constant innovation will help to keep the copycats at bay. Some
companies are using holograms and types of DNA imprinting similar to
those appearing on our currency. There are reports that counterfeiters
are able to duplicate these stamps fairly well causing some debate as
to their effectiveness as a deterrent. Consider strengthening your
trade channel to offer incentives to those partners who choose to work
with you instead of using the knock-off product.

Your brand is your reputation. It’s what people say about you when
you’re not in the room. While eradicating piracy is not feasible short
term – your long-term strategy hinges on your brand strength. If your
“product” becomes about your service, efficiency and innovation then
imitators will have a very tough act to follow.