Health and the environment impacting beverage trends in Canada 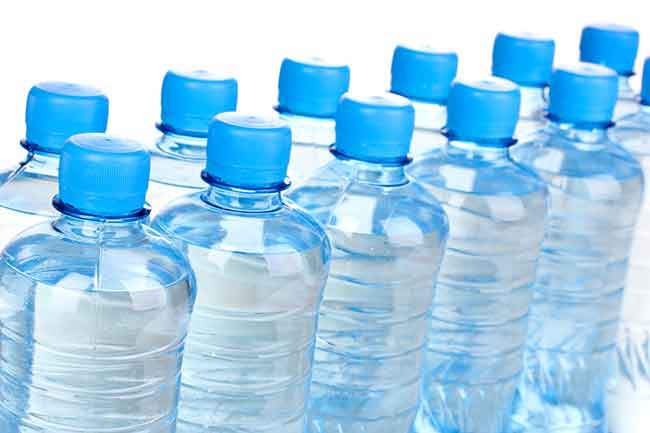 While big soda brands still lead the charge in the Canadian beverage market, consumer demand for healthier products and sustainable packaging are making an impact on the industry.

Renee Corrigan, operations manager of The Brew Centre, an office coffee services operator based in Toronto, says the growing health and wellness trend has been placing pressure on the vending industry for a number of years now. “We thought it would be a fad, but it’s gone more and more towards that trend,” Corrigan says. “Consumers are purchasing healthier selections more than they were before so I see it continuing, especially with the research that’s come out on sugar. Consumers are more aware and are purchasing based on their knowledge now. I think it’s a trend that’s going to continue to gain popularity for sure.”

While she notes that Coke and Pepsi products are still her No. 1 sellers, Corrigan says The Brew Centre has noticed a spike in better-for-you products that contain less sugar and healthier ingredients.

“Low-sugar juices are huge, as well as vitamin waters. But the biggest trend we’re seeing right now is definitely the coconut water and club soda. People who want a carbonated beverage to satisfy that pop craving are going more for that no-sugar carbonated option, which I find interesting because it never was a big seller for us. Specifically this year I’ve seen it jump quite a bit,” Corrigan notes.

For vending operators, Corrigan has noticed the glass fronts of Bevmax vending machines are encouraging customers to purchase healthier choices despite higher price points. “Having that glass front really helps consumers see what they’re buying. A lot of bottling companies put the calories on the can, so they can see what they’re purchasing, so I do see more and more people purchasing the more expensive juices over canned pop when it’s in a Bevmax machine,” Corrigan explains.

Goetz says that CBA members are continually innovating with new product choices and packaging sizes to ensure they stay on top of consumer trends and demand. “Mini-cans are an example, particularly amongst the full-calorie product lines; they offer Canadians our members’ flagship products, but in a smaller amount, which delivers a refreshing taste with fewer calories.”

Packaged water is also experiencing renewed attention from consumers who are interested in naturally sourced aqua delivered in environmentally friendly packaging. Canadian company Flow recognized this need and launched its boxed water products in March 2015. Flow’s water is free of additives and industrial processes, sourced from a deep artesian aquifer in southwestern Ontario, naturally collecting essential minerals, electrolytes and an alkaline pH. To preserve its healthful properties, the water is packaged in non-PET and BPA-free Tetra Pak cartons made of paperboard sourced from responsibly managed forests. Nicholas Reichenbach, founder and CEO of Flow, says that while currently 70 per cent of the packaging is harvested from renewable resources, his goal is to reach 100 per cent by 2020.

In the past year the company has experienced huge growth, earning shelf space in over 4,000 locations across the country, including grocer greats such as Whole Foods, Loblaws, Sobeys, Metro, Rexall and Safeway. Flow also netted a high-profile endorsement from Toronto Blue Jays superstar and MVP Josh Donaldson, who approached the company after becoming a fan of its water. “Basically we’ve been in the market for 15 months and we went from zero to 60 in about five seconds,” Reichenbach says. “It’s been pretty special for any sort of start-up in the beverage space to experience that type of growth and more importantly in consumer adoption of the product.”

According to Reichenbach, the company has resonated with consumers for two reasons: “Better-for-you water and better for the environment. It makes people feel good about drinking and consuming beverages. We did a study and 68 per cent of Canadian consumers know that drinking out of plastic is harmful to their health and 78 per cent would prefer to use renewable, recyclable packaging versus plastic.

“Health and wellness is huge and the bottled water industry over the last decade has really decayed their product quality in my opinion,” says Reichenbach. “They focus on mass-produced tap water – reverse osmosis – which demineralizes the water so there’s only hydration left and no healthful benefits. It takes away what naturally occurs in the environment, which is high-quality spring water and mineral water at its finest. People want better-for-you products with functional benefits and sustainable packaging. They want to feel good about the brands they consume.”

With U.S. expansion taking place this summer and a fleet of electric SUVs delivering Flow directly to consumers in Toronto and Vancouver, the company is on track to reach Reichenbach’s goal of doubling its market presence in 2017. “For any start-up I think a good goal would be to double every year. We can only hope that consumers, distribution partners and retail partners love us so that we can double our footprint next year.”

As Canadians continue to place greater importance on sustainable packaging, Goetz notes that CBA members have worked hard to ensure a majority of their packaging, including PET plastic, aluminum and cartons, are 100 per cent recyclable. Canadians are recycling these products at an average rate of about 72 per cent across the country, which Goetz says is one of the best rates of recycling in the world. When it comes to containers, which include juice boxes and the Tetra Pak brand, he admits that recycling has lagged in the past, “but thanks to innovation in recycling programs across the provinces, we’re happy to report that those rates are increasing. We fight sometimes with the misconception that gable tops and cartons are not recyclable, but they are highly recyclable,” Goetz explains.

One trend that looked as though it might take off after making headlines in 2014 was the all-natural, no-calorie sugar alternative, stevia. Consumers were interested, but it appears the fad has fizzled out. “In the coffee industry, in terms of sugar, there was a big trend for stevia but I found that it dropped drastically. It didn’t ever catch,” says Corrigan. However, she notes the coffee category has still been influenced by the health and wellness trend. “I would say that people buy less sugar than they used to in offices, because more and more people aren’t putting sugar in their coffee. As well, cream used to be our big seller, but milk has now taken over that spot.”

As a growing number of Canadians continue to champion healthy lifestyles and environmentally friendly practices, the opportunity is ripe for forward-thinking manufacturers to push the boundaries through innovation and development.

Julie Fitz-Gerald is a freelance writer based in Uxbridge, Ont.
Print this page