Almost everywhere we turn these days, the message about the health of
our children seems to be the same: Canadian kids are losing the battle
of the bulge.

Almost everywhere we turn these days, the message about the health of our children seems to be the same: Canadian kids are losing the battle of the bulge. 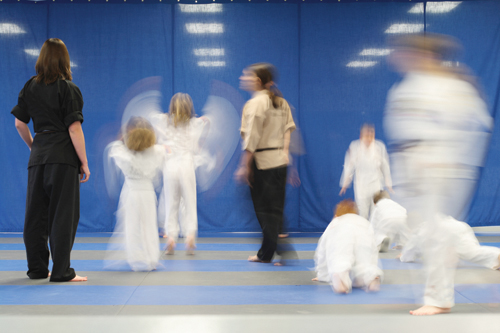 And while health experts – whose job it is to raise concern – claim there’s a deathly epidemic upon us, the statistics show the trend towards overweight youth is gaining. But is society at a point of no return?

At the recent 2006 Fun Expo in Las Vegas, FEC operators from around North America gathered to hear how rather than accepting the blame-game of how our children reached this point of expanding waistlines, they could become a key partner in changing the course.

Children are less active in modern society, they agreed. But are video games, computers and snack foods alone in bearing responsibility? Where is the acceptance from the health experts that school districts have cut physical education programs, extra-curricular activities and playgrounds due to litigation battles, insurance issues and government underfunding?
It’s a complex argument, and one that FECs need to not only speak out against, but also shout.

Dorothy Lewis, a six-time winner of the IALEI’s Golden Token Award and who has had an extensive consulting career in the FEC industry, said one of the biggest advantages FECs have in this battle is right under their feet – the facilities they already own.

In her operations, Lewis has made the move to partnering with other community groups whose focus is on activity. Using her traditional downtimes, or scheduling specific events for periods when her FEC is closed, she has found a way to increase profitability and profile.

“Look at your attractions as fitness (equipment),” she said. By turning the obstacle courses and soft-play areas into fitness challenges, Lewis said the FEC operator has the chance to encourage family interaction as well as physical play. By suggesting timed competitions, and the like, she said now the parents can become involved and get their butts off the benches on the sidelines.

Lewis regularly invites a local karate school into her FEC, also on a traditional slow night. What’s the point, she asked: exposure and introducing others in the community to what she has behind her doors. An hour-long karate class or demonstration goes a long way when parents of the karate students start thinking of where to hold the child’s next birthday party.

And she has extended that to dance classes.

But it also positions her facility as a partner in promoting fitness.

“We brought in a personal trainer for the Moms, while we took the kids for a half-hour,” she said of a daytime program. “You’re there anyway, doing office work. Now we’re making money when we’re not even officially open. It’s another way to bring more money into your facility.”

With the personal trainer and karate studio, cross-promotion for both sides has easily offset the minimal costs. Lewis said the trainer has a chance to reach out to a new group of people who want the services, but are limited by time and childcare demands. By holding such programs as the FEC, now the adults can focus on getting their own lifestyle back on track while the kids are having fun in the FEC and seeing their parents being active. That lesson is equally important, she stressed, for a healthier generation of children.

Lewis said in her school district physical education teachers are desperate for alternative activities for the students. This led to her opening the doors for gym classes – which also led to greater exposure to a target market and increased word of mouth advertising that had a direct impact on her bottom line.

This in turn has led to another unique partnership in which she is able to offer co-op placements to students interest in pursuing careers in both physical education and early childhood education, solving some labour availability issues.

Here in Canada, the issue of childhood obesity rates is becoming central to political arguments after years of underfunding for physical education programs.

In the east, New Brunswick Premier Shawn Graham said he is personally committed to championing healthier and more active lifestyles for children.

“We’re seeing parents out-living their sons and daughters. That means we need to be very aggressive in dealing with the obesity challenges,” he said recently.

“Our government will ensure that every school provides 150 minutes per week of physical education. We will provide strong wellness education support and make sure recreational opportunities are available to all our kids,” said Graham, a graduate of the kinesiology program at the University of New Brunswick.

The premier said he’s also committed to providing a pedometer to every child in the province to encourage walking.
“We need to get young people moving again and win the fight against childhood obesity,” said Graham.