Shreyas Cothas Turned an MBA project into a full-fledged business 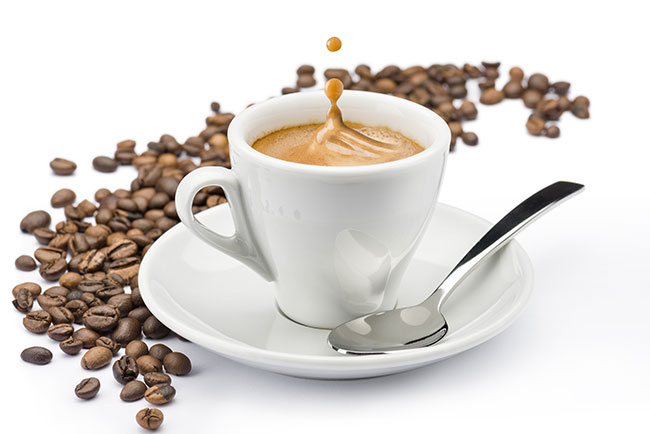 Anyone who recalls their student years will remember two things: Caffeine is a diet staple at all hours of the day, and working while studying means a need for more caffeine. Shreyas Cothas turned his MBA project into an actual business, while providing his fellow students with much needed coffee. The assignment became a business known as: “Mr. Bean Your Personal Barista,” a line of high-end Italian espresso machines on campus at University Canada West.

Partially inspired by the hilarious bumbling Englishman, the name was chosen for its relatability; but Cothas explains how the company name isn’t an infringement on Rowan Atkinson’s character. “I wasn’t able to use just ‘Mr. Bean’ alone. So, my business is ‘Mr. Bean, Your Personal Barista.’ Even the website is ‘MrBeanypb.com.’ One of the reasons I’ve always been inspired by Mr. Bean, – Rowan Atkinson – is because his comedy is perpetuated throughout the entire world. It has no language barriers.

“He has a consistency, an equinamity that I really appreciate. Even Rowan Atkinson’s story is very humbling, about how he was not able to make it in the film industry because of his speech disorder, and everyone said he wouldn’t be able to make it but eventually he did it, he did it on his own. I’m personally inspired by him.”

Cothas adds that another factor to his branding is how the name “sticks” to his client’s memory.

“When I go to any of the places where my machines are set up, they actually call me ‘Mr Bean,” laughs Cothas.

No slapstick bumbling about for this MBA student. He always wanted to try to his hand at running a business, but originally thought he’d finish university before testing entrepreneurial waters. It was his class in project management that changed his mind. “I thought, why would I do something hypothetical when I can actually talk about my own business? So, I actually did a project on how I would install my machines in the entire university building. I detailed it all out, it just helped me in my thinking process as well, to actually do it as an assignment. My professor really liked the fact that I was applying it to real life, and not just theoretical business.”

Cothas admits that “finding the balance” between his work, school and personal life isn’t easy.“It is a challenge…we had to complete a class in an entire quarter, which is 3 months. so every week, there’s loads of assignments, papers exams, projects, there’s so many things going on.”

However, Cothas has found that one of his “biggest supporters” for his business is actually his university itself. “My first two machines were installed the university. It was really easy for me, after class to go service the machines, replenish stock and now, it’s grown to seven machines. I’m used to the amount of time it takes to service machines,” he explains. “Especially with a new start up, it’s the first few steps that are the toughest, because we don’t really know how to do it.”

Cothas praises his university for giving him support for his idea. His accounting professor, helped him ideate his startup from concept to launch, but the real praise, he says goes to his wife. “One of the many good things is that we’re a two-person team and we act as one. Often, I don’t even need to text her to ask ‘can you check up on this’ she just automatically knows that’s what I would probably be thinking. We kind of have a telepathic communication.”

Teamwork and inspiration are two of the mainstays to the successful start of Mr. Bean Your Personal Barista. Originally from Bangalore South India, the young couple came to Canada to study. It was the idea of entrepreneurship that led the two to check out the Franchise Expo in the Vancouver Convention Center, last April.

“I arrived in March last year…Bavna and I wanted see what options exist out there. And of course, we had a smaller budget because we were starting very small and we’re students here, and we’re new in the country. We wanted to look at something where we can learn about the business environment here in Canada, and we came across this company called Java group collection JVC.”

It was at the trade show where the Cothas met with Rod Spendiff, Java Brew Collection’s (JBC) Senior Marketing Director, who would turn the MBA theory into a reality.

Spendiff introduced the couple to the JVC line of Italian-made espresso machines. “We like the machines, we like the business model, even though we met them at a franchise Expo,” said Cothas. “They don’t operate as a franchise, there’s no franchise fees, there’s no royalties and allow us a lot of freedom to brand the company however we want. They just want us to help grow the business and become a partner of their ecosystem.”

Like any business, the key is location. He knew that coffee is a large part of Canadian culture, and that someones a break means physically leaving an office space: However, his pitch also mentioned how leaving the office might mean less productivity for a workplace that has its staff leave the premises for coffee. “Here, everyone wants to get out of the office, go outside, and have a coffee at a Starbucks or Tim Hortons or anywhere. While there’s absolutely nothing wrong with that, I did feel that there is a lot of opportunity for office coffee services downtown.”

His secret to success involved walking directly in to offices or gyms, avoid places that prohibited soliciting: “I would walk in and I would actually pitch my business and my product. The biggest thing that that worked was the free sample. I used to go for people I said, ‘give it a chance, let me put it in for a day, organize an office coffee party.’ ” He never pressured anyone to try it, and adds that no-one has asked to return their machine.

“I didn’t think too much I just jumped into it because that’s also one of my philosophies overthinking can sometimes leave you behind in the race. I feel like you jump into the water and that’s the only way to learn how to swim.”

And what was that final grade on this lucrative, coffee project? “I ended up getting 100 per cent on that assignment,” he laughed. “So that was nice to see.”