Change is required to defeat the “ripped off” perception

Across the continent, it’s something that drives Rich Oltmann crazy.
The successful family amusement centre and amusement park operator
cringes at the subject of “out of order” signs on games.

Change is required to defeat the “ripped off” perception

Across the continent, it’s something that drives Rich Oltmann crazy. The successful family amusement centre and amusement park operator cringes at the subject of “out of order” signs on games.

And then, “some games are working but they are out of order.” A lack of care in replacing burnt bulbs, cracked plastic and glass or simple cleaning, can lead to lost revenue for the FEC because of the perception it leaves the customer with. 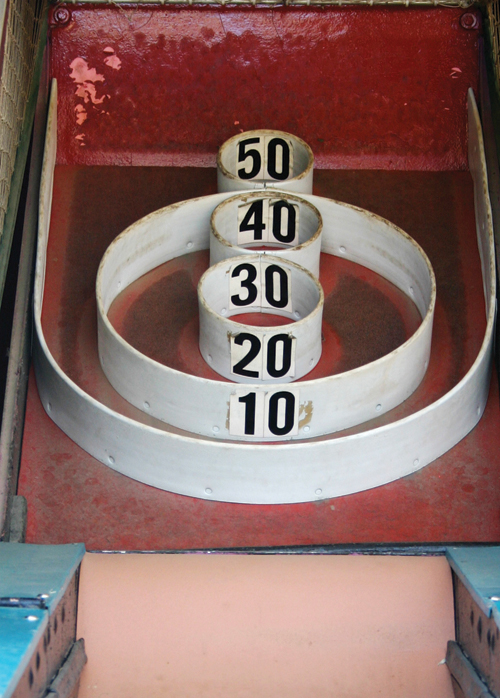 Oltmann was one of the speakers presenting at the 2007 Amusement Showcase International trade show ad expo in Las Vegas in March and brought his expertise to the education session on Are You Getting The Most From Your Redemption Games.

“I believe I have found the magic potion,” Oltmann confidently shares. He backs up his statement by saying he has learned everything by being in the trenches. Currently his operations range from a 30-acre amusement park to a 60,000-square-foot indoor entertainment centre.

Oltmann believes that there are many in the industry who could be doing so much better if they put some forethought and excitement into how they are managing their facilities. Research is a primary requirement along the path to success, he suggests. And without that foundation, it is likely going to be a rocky road.

“There’s a lot of people that get into this business and all they are doing is cutting a living out of it. They’re putting a few games here, and a couple there, and they are just cutting a living. There could come a time when the dollars drop out. We all remember video games.”

It’s a looming dark cloud that he’s not afraid to admit scares the hell out of him.

The heyday of video arcades was what gave him the revenue he needed to get into his amusement parks and FECs. But the room that once produced $900,000 on 70 games annually now translates to less than $100,000 – “If I’m lucky.”

And he -– like so many others – knows that it will take a miracle for the industry to return to that kind of excitement and profitability. These days his centres have the minimal amount of video games to appeal to the shrinking niche that still wants that brand of entertainment.

“Being an operator, I have seen first hand what is happening in the business.”
Oltmann says the focus for a successful FEC boils down to four key areas: games, cleanliness, payout, and prizes.

Games
First and foremost, operators must understand the game. This isn’t just about the mechanics and adjusting the payout percentages, but rather reaching out and learning how it plays, and the perception it holds with the customers.

Operators should already have a good understanding as to what works in the industry through research, investigation and talking with manufacturers. But once that game is installed, and the payout percentage is correct, and the mechanisms are functioning perfectly, what is it that will return the revenue to the FEC?

“Study your guests,” recommends Oltmann. “Walk the floor and see what they like to play, and talk to them.”

That input will prove invaluable towards the success of the operator on two levels. First, it creates a relationship with the customer and the owner of the FEC, and it provides valuable market data on what the players – and their parents – are seeking in entertainment.

“Stay on the floor when the crowd is there. Study and watch. Ask them when they lose did they understand the game? Was it working right? Was it too hard to win?”

These are the important things to know when trying to decide what mix of games will generate the maximum return. If there’s a “dog” in the group, it needs to go because it will affect the customer’s overall perception of the FEC.

As Oltmann says, success may also require an investment in $4,000 game that brings in no more than $150 per week in business. If the entertainment value isn’t served, and the players and parents aren’t happy, the odds are that they will not return to the FEC.

One of the worst comments an operator hears from a customer is “We’re getting ripped off.”

The answer, he says, is that the majority of FECs don’t know how they are ripping off the customer.

“It’s time for all of us to learn what it is we need to give back to the customer, and still make a lot of money at it. There’s so many reasons why the games don’t do the best they are intended to do – and most of those reasons are in your hands.”

What are those reasons? Why don’t some game rooms make a lot of money?

2. Out of order signs. Some games may just need repairs. But others may be operational, but still “out of order” according to Oltmann. These games are the ones with burned-out bulbs, cracked plastic/glass, or even just having the sound turned off because the staff have grown tired of hearing the same tunes over and over. Doing so hurts the earning potential of games with “really great sound packages,” according to Oltmann. Without the sound, the gaming experience can be limited and leaves the player with that feeling of being “ripped off.”

3. Layout of the room. Is the FEC appealing to the eye, and is it well lit? There was a time when it was appropriate to have “mood lighting” and dark areas to accent the bright lights of the games and reduce glare on game monitors. That day is gone with social worries among parents and caregivers who now want to be able to see their children from pretty much any vantage point in the FEC.

4. Staff. One of the biggest complaints from customers is never being able to find a staff member when they require assistance – not to mention the attitude they receive when they actually manage to locate one.

What are a few tickets really worth to a player who has had a technical problem with the game? A few tickets to compensate for a mechanical issue, or that sense of “being ripped off?” Both important questions that every operate needs to evaluate and correct.

“There’s too many of us that are looking bad, and what is going to happen is that it’s going to hurt the whole industry,” he said. This will lead to the general perception that all FECs are “the same” and the customer base will find other entertainment options.

Ticket Payout
This is another area, according to Oltmann, that will require each FEC operator to invest a little time in research. Demographics play a large part, but the general target in payout percentage these days is in the range of 30-35 per cent.

In Oltmann’s operations, he values each of his tickets at one cent, and has a return of seven to nine tickets per play on a quarter. He also uses one game as a “loss leader” and has a 50 per cent payout to create some excitement for the customer.

The idea of the loss leader is used on a rotational basis, so that several different games will attract attention and the opportunity for loyalty-play down the road.

Prizes
Prizes are what really drive the redemption industry to make money. The idea is to have every child leave the FEC with something.

Oltmann suggests copying how convenience and department stores merchandise their products. And also operators need to spend a great deal of time researching into this category, what is hot, what is moving well, and what isn’t.
“You need the player to have a hard time making a decision. You need to have variety and you need to get them enthused and make Mom enthused.”

The idea of a loss leader also works at the redemption counter. Again, it’s the same merchandising concept used in retail to excite the customer … except in redemption, it will mean repeat plays as the player tries to earn the tickets required.