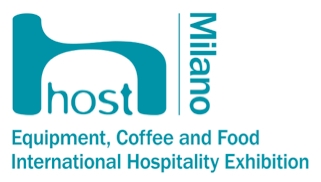 The trade show’s goal aims to increase exchanges between the two European and North American markets especially in an industry which is continuing to boom like Food Service Equipment.

Global experts in equipment will be present at Host 2021 . So far, more than 800 companies – of which 371 are international –  have confirmed their participation.Last October, 200,000 visitors came to Milan with 40 per cent arriving from 171 foreign countries.

The halls of Rho Fiera host a  borderless marketplace, with business opportunities among them Made in Italy brands, international buyers, as well as international brands. Among the line-up of participants of the world’s top companies in food service equipment (Irinox, Moretti Forni, Angelo Po, Sirman, Alto-Shaam, Meiko and Middelby, are just a few names of those who have already registered.

Partnerships with associations, buyers and events are promised to take attendees attention, much as last year’s event has.  To highlight once more Host’s vocation as the global equipment hub, there are also the opportunities for associations and international corporations.

However, the role of HostMilano as the definitive experts in global professional hospitality, also includes the presence of 950 hosted buyers. Their calendar of events that has never been so diverse: more than 800 events designed to satisfy the most demanding palates (including national and international championships, show-cooking, demos by pastry chefs and bar tenders), augmented by opportunities for insights on the most “burning” issues of the day: from sustainability to technologies 4.0, like Artificial Intelligence and the Internet of Things.

In recent years, the Canadian market has more than doubled in size, with just a small downturn in 2009. In Canada, one of the countries identified by Hostmilano as a target for its promotional strategies, the boom of food service in the widest sense seems to be nowhere near its end.  Restaurants Canada’s study confirms the data, stating the food and beverage industry reached 93.64 bn CAD (65.15 bn €) in 2019, up 4.2 per cent over 2018. But the Canadian boom is more clearly confirmed by the growth of the industry as a whole over the last ten years, from 59.3 bn CAD in 2010 to a projected over 100 bn in 2021.

How is your industry getting its foot in international and local markets?