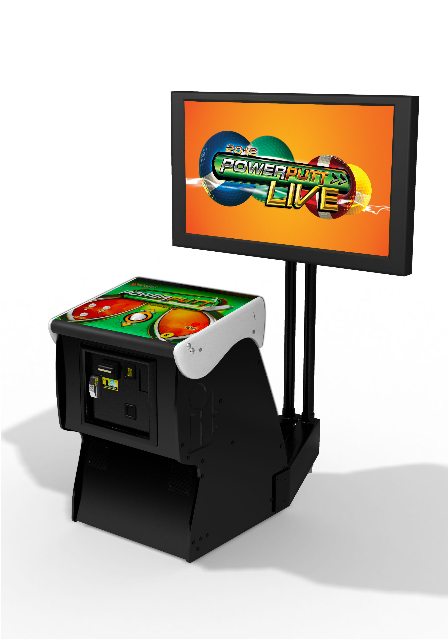 May 24, 2011, Arlington Heights, IL – Incredible Technologies (IT) will release a full re-launch of its PowerPutt mini-golf video game next spring.

PowerPutt LIVE will not be an update, but rather a completely new game that will capitalize on the original’s large fan base.

“Since the release of PowerPutt in 2008, operators have been asking – make that demanding – that we create new courses for the game,” said Don Pesceone, senior vice-president of sales. “Then operators told us that they wanted to take the game to the next level and conduct contests, tournaments and leagues on PowerPutt. Never let it be said that IT doesn’t listen to its customers!”

In conjunction with the game’s relaunch, IT has developed a program that allows operators to get in on the PowerPutt phenomenon now, and cash in next spring when the game is released.

From June 1 through July 31, qualified operators who purchase a PowerPutt LIVE and a Showpiece transfer cabinet will save nearly $300 and enjoy zero per cent financing with 12 months to pay.