Is it your weak link in the business operation?

Earlier this year the Canadian Natural Science and Engineering Research Council funded a comprehensive study investigating the age of a variety of chocolate bars across the country. The study, led by Dr. Michael Armstrong from the faculty of business at Brock University, set out to investigate the age of more than 3,200 chocolate bars in Toronto, Montreal, Ottawa and Vancouver. 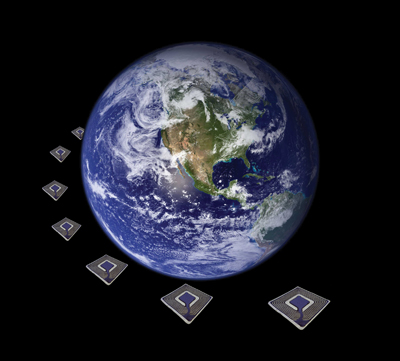 Earlier this year the Canadian Natural Science and Engineering Research Council funded a comprehensive study investigating the age of a variety of chocolate bars across the country. The study, led by Dr. Michael Armstrong from the faculty of business at Brock University, set out to investigate the age of more than 3,200 chocolate bars in Toronto, Montreal, Ottawa and Vancouver.

What the researchers found is that the average candy bar sat for 140 days, or four and a half months before the consumer finally purchased it.

So why is something as benign as the age of a random selection of chocolate bars important, after all most consumers would never check the date on a chocolate bar. Right?

Well, although chocolate bars typically have a shelf life of more than a year, the idea that consumers do not take note of product age is not entirely correct. Even though chocolate bars are not perishable in the same sense as a dairy product for instance, they do deteriorate in quality over time, and that determination begins long before the suggested shelf life expires.

This is an important consideration, as some research has found that consumers most important criteria when it comes to confectionery items it is actually taste and previous experience with the retailer and brand, not, as we often assume, product price. Concerns over product age are even more pronounced when it comes to merchandise like diet soda where ingredients, including aspartame, can begin to break down in as little as 90 days.

Despite the fact that the study, entitled “Inventory Velocity in Canadian Chocolate Bar Supply Chains,” did not focus on vending specifically, there are some interesting insights to be gained from the results. For instance, the research found significant differences in inventory turnover and supply chain efficiencies between retailers across the country, but the reason for the discrepancies may surprise you.

Interestingly, the geographic location of the retailer and the supplier did not have any major impact on their findings. In fact, of the four manufacturers in the study, Mars reported the fastest inventory velocity while importing roughly 70 per cent of their product from outside of the country.

Likewise, the average age of the chocolate bars recorded in Vancouver, where none of the manufacturers are located, was almost exactly the same as the product age recorded in Toronto, where three of the four manufacturers have production facilities.

The study also concluded that inventory age was only marginally affected by the nature of the retailer, as the data was collected from eight major Canadian retailers in a variety of market segments, from large grocery chains to pharmacies to convience stores, and found no significant correlation between the retail channel and inventory age.

So what did Dr. Armstrong’s study find to be the primary factor affecting inventory velocity? You may be surprised to find that it turned out to be almost entirely dependent on the retailer’s supply chain management process.

In fact, the two retailers with the strongest supply chain management programs in place finished one and two in every data collection test regardless of brand or city, while the remaining six retailers trailed far behind each time. Those two retailers were, perhaps not surprisingly, Wal-Mart and 7-Eleven.

Although we often think of Wal-Mart as a Goliath, capable of capturing returns-to-scale that are beyond the reach of their competitors, it should be noted that neither Wal-Mart nor 7-Eleven is the largest operator in their segment. Wal-Mart operates 280 outlets in Canada, while Loblaw
currently operates more than 1,000 stores nationwide. Likewise, 7-Eleven has roughly 500 convenience stores nationwide, while its competitor Couche-Tard Inc. operates over 2,000 locations.

Interestingly, both Loblaw and Couche-Tard have struggled to improve logistical and supply chain issues resulting in longer transit times, over stocking and bottle necks in the distribution process.

Wal-Mart’s use of RFID and other supply chain technologies has been well documented; in fact cutting edge retail technology has long been an integral component of its business model, but the same has not always been true for 7-Eleven. Up until a few years ago 7-Eleven had no in-store inventory management systems or automated links to head office.

According to CEO James Keyes: “We didn’t know what was being sold by store. It was total guesswork. It would take us almost 20 days to collect sales data from stores because it was all manual.” That sense of frustration will likely feel familiar to many vending operators.

Over the past few years 7-Eleven has managed to successfully capitalize on existing technologies and standards, such as point-of-sale systems, DEX standards and bar code technology, and has more recently implemented a web-based supply chain management system that allows the company to coordinate directly with their 1,700 suppliers.

That increased communication and coordination has resulted in lower inventories and faster order cycles for 7-Eleven, which have had a significant impact on profitability. 7-Eleven’s earnings jumped from $62 million in 2003 to $96.5 million in 2004 after its P.O.S. and inventory management system implementation.

Those numbers are also reflected in Dr. Armstrong’s research. According to Dr. Armstrong’s calculations, the remaining six retailers in the Canadian study could potentially save as much as $20.5 million annually in inventory carrying costs if they were able reduce their average inventory age from the current 140 days down to the 76-day average of Wal-Mart and 7-Eleven.

Clearly this study in general, and more specifically the 7-Eleven case, illustrate the importance of supply chain management and the role it plays, not only in revenue and long-term profitability but in the overall customer experience as well. We can also see that these types of tools have a dramatic impact on earnings regardless of the size of the retailer or the channel it operates in.

For 7-Eleven the systems it has implemented have been very straight forward data collection tools, but those tools have provided the company with the intelligence necessary to act in a timely manner to respond to its customer needs, and at its base retailing, regardless of size or channel, is about responding to customer needs. Fortunately for operators the reduction in the cost of mobile computing devices, combined within the advancements within web-based software applications, has made these types of supply chain management solutions much more cost effective than even a few years a go.

AUTHOR’S NOTE:
Special thanks to Dr. Michael Armstrong of Brock University for providing his research, insights and data, which were used throughout this article.