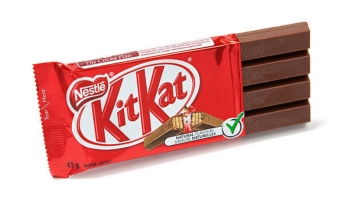 Nestlé’s bid to trademark its four-bar KitKat chocolate design was rejected by the Court Justice of the European Union (CJEU.)

The battle began in 2002, when Nestlé sought trademark protection for KitKat’s shape, at the European Intellectual Property Office. Rival chocolate bars with similar shapes protested, among them Mondelēz, who also carries lines of four-fingered chocolate bars.

The court of appeal rejected the request for trademark protection, citing “no inherent distinctiveness” in the shape. An Advocate General Opinion was issued to suggest the appeal should be thrown out over a decade ago, and have KitKat’s EU trademark revoked.

Now that the appeal was rejected a second time, the EU trademark that KitKat holds will be revoked.