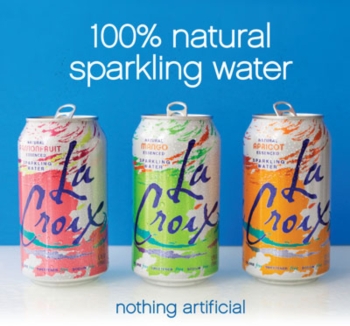 National Beverage Corp., the makers of LaCroix sparkling water, stated that flavours and essences contained in LaCroix are “certified by suppliers and an independent laboratory to be 100 per cent natural.”

In October 2018,in response to a lawsuit launched by Chicago-based law firm Beaumont Costales, LaCroix had their water independently tested by an accredited lab. Results of the tests, performed under the rigorous standards of the American Society for Testing and Materials, concluded no trace of artificial or synthetic additives were found, further confirming supplier certifications.

“We unequivocally stand behind these results and refute contrary claims contained in lawsuits, including the one filed this week in New York,” stated Nick A. Caporella, Chairman and Chief Executive Officer in a press release. “We pride ourselves in bringing only the healthiest, safest and most delicious ingredients to our consumers − all with zero calories, zero sugar and zero sodium.”

The company launched a defensive press release on their website stating that the lawsuit was instigated by “fake news” posted on social media: “Shareholders and consumers alike are well aware of the nature of news in our country today. Political debate and social media have created a divisive polarization. As quoted in Time magazine, ‘Online, lies and truth look the same. This has been a boon for professional liars, who take advantage of the fact that two-thirds of Americans get their news from social media . . .’ These professional liars used these same platforms to falsely attack our brand integrity,” added Caporella.

This isn’t the company’s first legal dispute: On June 26, 2018, the Wall Street Journal (WSJ) published an article reporting that National Beverage had failed to provide information to the Securities and Exchange Commission in response to the agency’s request for more detail to clarify sales claims it had previously made in 2017. Following the WSJ’s report of National Beverage’s failure to comply with the SEC’s request, the company’s shares fell sharply on that trading day, closing at 8.87 per cent on June 27, 2018, causing loss for investors.