Find out why good employees leave

Someone I know left the company
she worked with for several years for competitor and a promotion. No
one could blame her for leaving; after all, she had dreams of her own
to pursue. 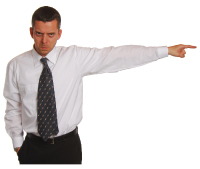 Someone I know left the company she worked with for several years for competitor and a promotion. No one could blame her for leaving; after all, she had dreams of her own to pursue.

This person was well respected by her co-workers; therefore two of them contacted her almost immediately wanting to come work for her.

Several weeks later, my friend ran into the president of her previous company. He was outraged, screaming across the parking lot and warning her not to steal any more employees.

While she didn’t appreciate the verbal abuse, she knew she had done nothing wrong. After all, she couldn’t steal someone who didn’t want to leave in the first place, and both employees sought her out for employment initially.

In this case, the employees joined her because she had gained their respect during her tenure.

I’m positive this is not an unfamiliar occurrence in the pizza business. Employee turnover is a constant concern for business owners and operators.

While employees leave for a variety of reasons, the reality is the company simply failed to keep them. Many employers believe the ultimate secret to retaining employees is offering more money; however, studies continually show that while money is important – and may be the first answer given in an exit interview – it’s rarely the number one reason for leaving a company.

So why do good employees leave? Often times, it’s difficult to get a direct answer. However, each person who moves on can tell a story, and it’s important to build as much of the story as possible.

The most undervalued tool in determining why employees leave is the exit interview. When someone leaves, who is the best person to conduct this interview? If the immediate manager is responsible, the interview will not likely result in honest answers. The interview needs to be conducted by a neutral party.

There are certain questions to ask, such as, “Why are you leaving?”

While on the surface it seems like a simple question with a simple answer, nothing could be further from the truth.

Think of it this way: when in a department store and the sales associate asks, “Can I help you?”  Our pre-programmed response is always, “No, I am just looking.”

Well, the same is true for, “Why are you leaving?” The preprogrammed response is, “more money.” What is the underlying question? Is money the reason the employee went looking in the first place; that answer is usually no.

To break through the preprogrammed response, there are a series of questions to ask.

Begin with, “What is the reason you have chosen to leave our organization?” Avoid asking “why” in the opening statement because it sets off the defence mechanism immediately.

The first reason may very well be more money. If so, proceed by thanking the person and asking if he/she feels as though they were underpaid in the current position.

Regardless of the answer, ask how important money is to the person. This will feel uncomfortable, but the interviewer will begin to uncover whether money is actually the number one motivator for leaving.

Ask what other factors brought on their desire to leave? This could result in many answers – shorter commute, nicer restaurant, etc. – regardless, the next question must be, “Why is this important to you?”

Finally, the most important question gauges overall importance: “Which is more important, money or a shorter commute, nicer restaurant, etc.?”

The first question will bring down the defences and open the person up for communication, as well as opening the interviewer up to a series of employee needs.

The second question begins the prioritizing process. Usually money is the first answer given – as in the example – and then when asked which is more important, that first answer may be pushed down list. This process must be continued until the employee says there are no other reasons for leaving.

Beyond a spousal relocation, personal family issues and medical issues, why do good employees leave? While they often tell the exit interviewer it’s money-related, a good exit interviewer can uncover reasons, including poor leadership, conflict with others – including immediate supervisors – lack of potential to advance, boredom with the responsibilities, or lack of recognition from management. Even still, there are three main reasons why employees leave.

Money
Whether it’s the first response or not, money is always a factor in leaving a job, and often with good reason. Are employers paying their employees fair market value in today’s market? If so, money is a scapegoat answer because it’s likely the person will not make significantly more in a new position. Managers must re-evaluate their employee’s salaries on a regular basis to stay competitive.

Conflict
Behavioural or personality conflicts with coworkers or supervisors are also common factors in leaving a job. Conflict with projects can be healthy, yet conflict between people styles can be deadly. Too often people try to get their point across without understanding the other person’s point-of-view. This can be addressed with training on how to adapt to different behaviour styles.

People Skills
A big reason why employees leave ultimately boils down to poor people skills in management. An employer must ask, “Are my frontline leaders good with people?” Many managers were promoted to their position because they did their first job well, but that doesn’t mean they know how to lead others in the position. When employees are asked for the top three favourable traits in their best boss, 90 per cent are people-based skills.

Determining the underlying causes for an employee’s departure is vital to the success and evolution of every company, large or small.

The exit interview is the most underrated yet efficient method in gathering this information, and it needs to be continued time and time again to build statistical information on an organization. Each organization is different than the one across the parking lot, therefore, the more information gathered, the more informed senior management will be about strategic decisions down the road.

A job-hopping market is about to take off and retaining good employees will be crucial.  Are you ready?

Gregg Gregory works with organizations to create a culture where people work together and perform at peak levels. Through his interactive workshops and consulting, Gregg’s clients achieve greater team focus, co-operation, productivity, and impact. His experience includes more than two decades of human resources, real estate, mortgage banking, as well as radio and television broadcasting. Please contact Gregg at 866-764-TEAM or visit: www.GreggSpeaks.com .

Related
Make the most of your young employees
Identify your employees by the Theory of 21
Managing change
The Power of Asking “Why?”