It All Comes Down to Customer Service

It All Comes Down to Customer Service 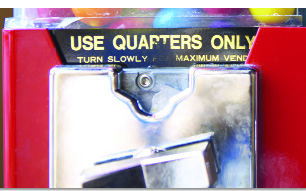 Many Wall Streeters were left scratching their heads in November 2004 when mammoth retail organizations K-Mart and Sears announced a major merger, creating Sears Holding. The initial plan was to create a $55 billion retail company, with consumer benefits that included stronger brands, greater efficiencies in operations and higher shareholder returns than either company could achieve standing alone.

The merger encompassed more than 3,500 retail locations, and created the third largest retailer in the U.S., behind number-one Wal-Mart and number-two Home Depot, pushing Target into fourth place.
But at face value, many stock analysts and other industry specialists claimed the merger didn’t make sense: “Here you have two retailers who are doing badly right now and who don’t really see a clear way to pull themselves out of the downward spiral,” said Wharton marketing professor Stephen J. Hoch, from the University of Pennsylvania.

“It’s hard to fathom how combining them is suddenly going to produce a new entity that will do better. That’s tough to do, especially because the competition, including Wal-Mart and Target, isn’t exactly standing still.”

Consumers were equally confused, though in the past 15 months since the announcement, very little has changed in terms of a shopping experience at either retail outlet. It has often been speculated that perhaps the announcement was more about wheeling and dealing on Wall Street than anything else.
But consumers have become increasingly accustomed to this type of large-scale merger; some consumers cite that they have had more than three cell phone company owners or “brands” within one year. And the same goes for business organizations of all types, across all industries, including bulk vending.

According to Daniel L. Case, president of the NBVA, patience among consumers for the on-going stream of mergers and acquisitions comes down to one primary thing, and that would be customer service.
As the primary spokesman for the NBVA, the association which represents numerous companies of all shapes and sizes in the bulk vending industry, Case shared his take on what the key to customer service success is in the bulk vending industry, whether a company is a small, two-person operation or a large-scale conglomerate that services hundreds or even thousands of locations.

Q Tell us what you mean when you say customer service is the definitive point for success or failure of the large-scale mergers and acquisitions we’re seeing more and more of today.
A As consumers, we have all lived through a merger of some sort or another, and hopefully the experience was a positive one. But what tends to happen is that our response to the merger or change in ownership of the company we’re dealing with is evaluated not by new materials sent to us in the mail by the company, or by what we read in the newspaper, or by the advertising we see or hear, or even how stock prices are affected.  No, whether the change is good or bad is very quickly evaluated by us based on one thing – the customer service we receive following the change-over.
If customer service remains high or even improves, our perception is that the change was a very positive occurrence, and our feeling is that the company is a better one for the merger having happened. If the opposite occurs and account errors are made, or overcharges ensue, the response is obviously not positive, and the perception is that the change has transformed the company into one we no longer want to do business with. At that point, consumers will typically take their business elsewhere.

Q Can you give us an example of how that situation might play out?
A Absolutely. I have a friend who recently had her bank merge with a larger-scale, national bank, and the result was disastrous, including having her money locked up for over a week while they worked out some internal glitches. They were never able to rectify the situation fully for her, and she ended up moving her account to a smaller, local bank. Her perception, based on her experience, was that larger banks could not possibly service her – they were simply too big, and her one account didn’t seem to matter to them. Now, on the contrary, she also had her cell phone with a small, local company, that then ended up merging with a larger-scale, national company. Since her opinion was that bigger companies couldn’t take care of her, she was ready to move her account. However, the larger company was able to offer her: a better product (enhanced cellular phone); a larger support network, so her calling was improved in terms of quality; and it all cost her less each month than she had been paying with the original company. In that instance, the merger provided her with benefits she hadn’t been receiving before, and they were actually more responsive to her needs than her old company had been.

Q So really it all comes down to customer service?
A That’s really the truth of it. Take my business, for example. I use customer service as the benchmark for pretty much everything I do, and the reason for that is simple: it is a benchmark that equals success. In terms of growth for my business, I have grown it over the years at the pace I have been comfortable with … and what I mean by that is that the pace has been one in which I’ve still been able to take care of my customers. If I had grown too quickly, I would not have been able to take care of my customers the way I want to; I simply wouldn’t have had the time. And then I would have lost people, because business relationships are like any other relationships in our lives; they take time to cultivate and grow. If you take care of your customers, then whether your business is huge or a two-person shop, I believe success will follow.

Q Can you talk about the internal structure of a company after a merger or acquisition; how important is customer service for your internal customers, also known as the employees?
A That’s a great question, because servicing your internal customers, or employees, has to be one of the main goals of any successful business operation, but it’s especially key in one that is going through a merger or acquisition. If external consumers are worried about how the new situation is going to affect them, you can imagine how nervous internal employees are, and more often than not that is a result of the fear that a negative shift or change in the business culture or environment will occur. We have all heard stories about giant companies taking over a small mom-and-pop operation that had a wonderful
company culture, and changing the internal structure in such a negative way that the majority of the original employees end up leaving.
But that story has a counterpart: a new company takes over a smaller one, and improves the working environment monumentally, by adding such features as better employee benefit packages, or improved technologies that make jobs easier, all while trying to maintain the positive aspects of the environment the company had originally. In that type of scenario, employees feel they have taken part in a win-win situation, and the culture of the company sometimes even improves.
Preserving the positive aspects of a business in a take-over situation needs to be one of the pre-eminent goals for the new business, because employees who are invigorated by their working situation conduct better external customer service, which benefits the entire organization.

Q Going back to that idea of customer service – what other business factors do you use customer service to determine?
A I use customer service to help determine such business strategies as product and machine placement. We talk to our customers on an on-going basis about what’s working for them in the field, or what isn’t. And because we do that, we know immediately that certain products or machines just aren’t working or, alternatively, are huge sellers. We can then vary our placement and offerings based on that concept, tailoring them to the area we’re serving.

Q You mentioned that you use customer service to determine your company’s growth rate; are there other factors you think business owners should take into consideration in determining the size of their operation?
A Yes, and that would be personal comfort level. We all know people who really like the big corporate environments. And we all also know people who like to work as freelancers or one-person shops. Knowing what kind of person you are will help determine how to continue operating your business.  If you’re a person who likes the feel of working from your home, growing your business into a large-scale corporate environment is probably not the direction to go, even if the demand and resources are available.

Q And finally, how do you measure the success rate of your company’s customer service?
A There are numerous companies out there – big and small – who have made customer relationship management a cornerstone of their best practices. How this is accomplished depends on the size of your company, and the resources available. Larger-scale companies will often have follow up surveys after a customer returns a product, cancels an order or places a complaint; anything that implies dissatisfaction on the part of the customer. Those surveys could be handled via a phone call, e-mail or online survey. For my company, because we do not operate on that level, a personal phone call or meeting and discussion with a consumer to rectify the situation immediately is our policy to ensure continuance of a high level of satisfaction.
But at the end of the day, you can measure your success in customer service by looking at things like: repeat sales, numbers of referrals, increased order placements, and what the personal feedback is from your customers. If they’re telling you you’re doing a great job, you can go home happy. o