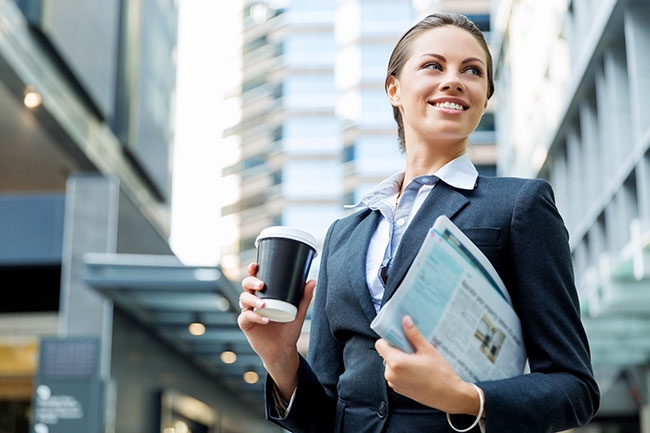 Consumers are bringing coffee to work from offsite and here lies the opportunity to grow your piece of the pie. Photo: Fotolia

Coffee is a right of passage. It’s often the first adult-only beverage one consumes when entering the teenaged years.

Historically, coffee established itself as the thinking person’s beverage when coffee houses developed a point of difference from the local pubs. The pub was where one went to get drunk. The coffee house was where one went to exchange ideas and political opinions – a common pastime for young people that hasn’t changed. Modern coffee houses have tapped into this sense of community quite successfully but there is another shift happening in which coffee is once again moving into a new market space.

For the vending and office coffee service industries, it’s important to be aware of this shift because the workplace is about to become much less . . . grey. If a large part of your coffee business resides in offices and workplaces, you’ll want to appeal to youth.

Job one for the vending industry is to steal share of coffee consumption from food service. According to the Coffee Association of Canada’s 2016 Canadian Coffee Drinking Study, coffee is a $6.2-billion industry and a whopping $4.8 billion of this is owned by food service. Grocery and retail claim $1.4 billion and the office coffee sector owns $325,000-plus. Coffee is the most popular beverage consumed by adults over age 16, and 67 per cent of Canadian adults drink at least one cup per day with the average consumption being three cups per day. Coffee is primarily consumed at breakfast (80%).

The office-sector consumer mix is going through a dramatic shift as baby boomers retire and millennials start to get those full-time jobs. It’s the perfect opportunity for coffee vending to take its game up a notch to grow share, but millennial coffee consumption is different from that of baby boomers. Millennials have a different approach to consumerism. They prioritize experience over acquiring stuff and as a result are well travelled. The millennial palate is more sophisticated and these consumers have grown up with access to flavours and tastes from a wider range of ethnic origins.

“Specialty coffee beverages and frozen blended coffee consumption are strongest among those aged 18-49 and millennials (age 18-34) are more interested in coffees that are ethically sourced and/or certified – e.g., Fair Trade, Rainforest Alliance, Organic,” according to a 2016 report by the Coffee Association of Canada. The millennial desire to enjoy the nuances of coffee’s taste and aroma are what’s driving this “Third Wave of Coffee.”

The first wave of coffee is defined as the democratization of the beverage after the First World War. Brewed coffee, instant coffee: big brands flourished and coffee became commonplace. The second wave emerged in the 1970s and ’80s with the proliferation of coffee houses that began adding syrups and toppings to the brew. Through these first two waves, the beans were mass-produced and the roasting more focused on production efficiencies than on developing unique flavour profiles. The third wave of coffee is a movement to view coffee as an artisanal consumable much like wine. It’s no longer seen as a commodity and therefore the flavour nuances are paramount. There are several trends connected to this third wave that coffee retailers should be embracing.

Energy
Coffee is associated with energy. It’s what people reach for when they want to get moving.  According to 2016 research from Mintel, of 18- to 24-year-olds, “45 per cent associate brewed coffee with being energized.” Mintel predicts that millennials want more than just a “crash and burn” energy boost from coffee and see an appeal for coffee drinks infused with botanicals, protein, fibre and vitamins. They cite research that indicates 27 per cent of 18- to 24-year-olds are more likely to agree that they are worried about caffeine’s negative health implications. This is nine per cent higher than other, older age groups.

Cold brew / nitro coffee
The third wave of coffee is about quality, aroma, notes and a sense of place. If it sounds like a wine tasting, that’s because the mechanics of the trend are very similar. You know something’s a big opportunity when Starbuck’s gets into the game. With the cold-brew process, time replaces heat as traditional roasting’s high temperature results in the release of undesirable flavours, bitter oils and fatty acids. With the cold-brew process, coffee beans aren’t exposed to high temperature. The heating occurs only after a rich liquid coffee concentrate has been created.

Nitro brew infuses nitrogen into the coffee to make it taste creamy and sweet. The process is similar to that of a soda fountain. The nitrogen-infused coffee is extra smooth and has a Guinness stout-like effect. Starbucks is investing heavily in this technology as it continues to roll out internationally. In March 2016, the chain launched a cold-brew line with CEO Howard Shultz comparing it to “craft beer coming out of a tap” and calling it a “clean” and “refreshing” coffee.

Millennials are clearly the target consumer group for the cold brew and nitro coffees as Mintel’s research indicates that 29 per cent of 18- to 24-year-olds drank a chilled ready-to-drink coffee over a month compared to just 10 per cent of those over the age of 45.

When comparing office coffee to a cup of java purchased elsewhere or brought from home in a thermos, it used to be a simple matter of freshness and taste. Now, comparing the typical office coffee to these third-wave trends is like comparing an Aston Martin to a donkey. Both get you from A to B but one is a treat and the other a necessity.

New attitudes toward workspaces
Millennials are changing the way offices look at workspace. These digital natives grew up playing video games with people all over the world so they like to collaborate. According to a study by Bentley University, half of millennials prefer to speak to colleagues in person. They advise companies to “incorporate open work spaces, rolling tables and breakout rooms to show that you value in-person communication as well.”

A cutting-edge vending solution dispensing upscale coffee would be a perfect fit to help you reclaim some of that market share that’s sneaking into the workplace from other sources.

Michelle Brisebois is a marketing professional with experience in the food, pharmaceutical and financial services industries. She specializes in brand strategies. Michelle can be reached at briseboismichelle@sympatico.ca.