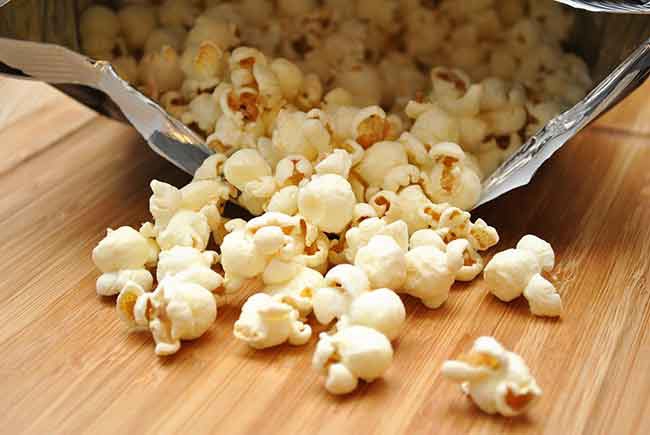 The blurring of lines between a meal and a snack continues as more and more busy Canadians skip traditional sit-down meals in favour of something they can grab on the go or at work. Of course, this is good news for vending companies who are ready with what those busy snack-meal eaters want.

New Hope Natural Media, a resource and information provider for the natural, organic, and healthy products industry, calls snackification a “macro force” and says it is “symptomatic of an always-on culture that is constantly in need of fuel but that also increasingly demands snacks that are convenient, tasty, and nutritious.”

This shift in eating habits is examined in Alberta Agriculture and Forestry’s “Consumer Corner Report” for Feb. 4: “Snacking and Mini-meal Trends in Canada: How to take a bite out of Canada’s snack food market.” The article offers an analysis of the Nielsen Global Consumer Survey on Snack (2014) and concludes four out of 10 Canadians use snacks as a meal replacement and younger consumers (under 35) are substituting breakfast and lunch with snacks.

Most important meal of the day
Breakfast is the focus of Julian Melletin’s 2014 report “Snackification of Breakfast: How changing consumer habits are creating new opportunities.” Melletin’s premise is that breakfast has been reinvented, with breakfast away from home the new normal.

“In the year to October 2014, sales of breakfast cereals in the U.S. fell by five per cent. Of the $300 million that this represents, $70 million went to one brand – Belvita. The rest is going to a host of small brands, and it’s a similar story in other markets.”

According to Melletin’s report, the massive success of Belvita – as well as a cereal beverage called Up and Go from Australia and Quaker’s (Mondelez) Oat So Simple – is an indication of the on-the-go breakfast trend.

“While sales of breakfast cereal continue to slip, other products have stepped into the gap to provide morning nourishment. Two mega-trends within food today squarely impact breakfast products: on-the-go convenience and better-for-you nutritional profiles. People want their breakfast speedy, mess-free, and easily transported, and they also want to feel good about what they’re eating, with portion-controlled foods that pack multiple key nutrients with strong satiety. These consumer currents have directly factored into the success of the breakfast biscuit and cookie segment.”

Peckenpaugh acknowledges that while cookie-style snacks are not new, the success of Belvita is due to it being the first commercial product specifically formulated with better-for-you rubrics designed for sustained energy through the morning via slowly digestible starch. Other products that have followed suit include Quaker Breakfast Cookies, Nature Valley Breakfast Biscuits, and Kellog NutriGrain Breakfast Biscuits.

According to “Consumer Corner Report,” this focus on nutrition may be attributed to age, with consumers over 35 tending to look for healthier snacks, such as low salt/sodium, low sugar/sugar-free, low calories, small portion sizes, high fibre, whole grains, and high proteins.

Where these products are available is also a factor. Melletin says breakfast snack companies are finding success by building distribution beyond mainstream supermarkets in “on-the-go” locations like gas stations, coffee shops, and rail and bus stations.

What people snack on now
In “From crunchy coated olives to chips from beans and veggies, savory snacks abound at Expo West,” Elizabeth Crawford
(www.foodnavigator-usa.com) says, “With sugar reduction in full swing, the sales opportunity in the salty-snack category is growing fast to the tune of 3.7 per cent annually with a predicted $22 billion in sales in the U.S. for 2015, according to a recent Packaged Facts report.”

That Packaged Facts report, “Salty Snacks in the U.S., 4th Edition Feb 2016,” also indicated potato chips continue to be the big revenue driver for salty snacks in the U.S.; however, the ready-to-eat popcorn/caramel corn category and alternative fruit and vegetable (i.e. non-potato) chips led the salty-snack segment in terms of sales growth in 2015.

“Both of these categories fit nicely with the fast-growing trend of ‘better-for-you snacking’ while also providing the sense of indulgent satisfaction most snackers still crave,” the Packaged Facts report states.

The dominance of salty snacks in Canada is supported by both the “Consumer Corner Report,” which lists chips as Canada’s first snack choice, and Mintel’s report, “Salty Snacks February 2015.”

“The salty-snacks category continues to push forward as consumers opt for healthier options and different formulas within the various salty snack segments,” says Andrew Zmijak, consumer behaviour and social media analyst. “Despite the health and ingredient concerns, taste is critical, highlighting consumers’ preferences for balancing both health and indulgence.”

The Mintel report predicts Canada’s salty-snack market will see modest but steady growth in coming years. The reasons for growth are attributed in part to Canada’s aging population and, with it, shifting preferences to more health-oriented consumption.

According to Mintel research, 95 per cent of Canadian survey respondents purchased chips and/or nuts in the three months leading to November 2014. Of those, 87 per cent purchased potato chips. Three-quarters of consumers are also buying either tortilla chips and/or nuts. Potato chips are purchased two to three times per week by 19 per cent of consumers, while 13 per cent bought nuts with the same frequency. The majority of consumers did not purchase meat snacks (69 per cent), fruit/vegetable chips (65 per cent) and/or pretzels (53 per cent) in the three months leading to November 2014.

At the same time, salty-snack consumers have a health-conscious attitude. More than four in five (83 per cent) agree salty snacks should be eaten in moderation, a sentiment that increases with age. While health concerns exist for some, 56 per cent of consumers are more concerned with taste than nutritional value; 58 per cent prefer traditional flavours over non-traditional, another sentiment that seems to gain traction with age.

“At the end of the day, for those wanting to consume salty snacks, taste remains one of the most important characteristics and often overshadows health concerns,” the Mintel report states.

In “Expo West Snack Trends: half-popped corn, carb-free wraps, and a lot of hemp,” (www.bakeryandsnacks.com), Claire Nuttall, founder of the Brand Incubator, also offers her predictions on the upcoming trends. She includes half-popped corn, hull-free popcorn, trail mix and jerky combos, and hemp in bars and sachets on her list.

“Canada’s food environment continues to become increasingly competitive and the battle for share-of-stomach intensifies,” Mintel’s Zmijak says. “For salty snacks, that battle is most acutely fought in the mid-day occasion where consumers are most conflicted in their desire for indulgence versus health.”

Big name versus private label
Mintel’s “Salty Snacks February 2015” report indicated high consumer debt levels remain a concern because they leave consumers at heightened risk in case of rising interest rates or an economic downturn. As a result, consumers may be price sensitive and looking for value and promotional offers in regard to their salty-snack consumption. The report states over half of salty-snack buyers are actively looking for promotions and items on sale, with women being more likely to agree with this sentiment.

For vending businesses, the impact of that may be a demand for lower prices or lower priced alternatives, such as grocery store private label products. According to “Consumer Attitudes toward Private Label Food and Drink,” a Mintel report from November 2015: “Many consumers do not identify a difference between national and store brands. Nearly half of consumers (44 per cent) do not think there are any major differences between store and national brands. As margins continue to tighten in a culture of more frequent discounting, quality and brand equity are key value propositions for the consumer. Furthermore, a significant portion of consumers (38 per cent) also agree that store brands come up with more new and innovative products than national brands and over half also agree that store brands offer the same quality as national brands.”

While some big names (Kraft, McCain Foods, and Maple Leaf are listed) garner more consumer trust than store brands, interestingly, President’s Choice seemed to be an exception and was considered as trustworthy as Kraft.

Consumers are still waging the internal battle between taste and health, and for vending operators, there are plenty of opportunities for new offerings and old standbys as innovation by food makers continues to grow.

High-protein flavours
New Hope Natural Media identified six flavours that will be moving to the snack forefront in “better-for-you” chips and crackers.