Gaming may have some real value

There is a body of opinion emerging from the world’s corridors of
power. Decision-makers are facing an emerging truth. No longer can the
videogames industry be dismissed as reckless zombie-makers; its
consumers are not goggle-eyed geeks.

There is a body of opinion emerging from the world’s corridors of power. Decision-makers are facing an emerging truth. No longer can the videogames industry be dismissed as reckless zombie-makers; its consumers are not goggle-eyed geeks. 1977 teenagers are 2007’s middle-aged players; video gamers are no longer on the margins, they are the people politicians fear most: voters. In this ATEI feature, we look at how video gaming is claiming the cultural, educational and economic middle-ground, how politicians are changing their tune and how the ballot box might be the most important controller video games has ever had. 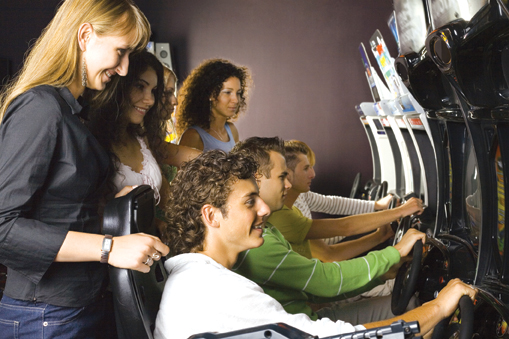 By 2010, the worldwide videogame market should grow to $46.5 billion, according to global consultants Pricewater-houseCoopers. That’s an 11.4 per cent annual growth compared to film’s 5.3 per cent or television’s 6.6 per cent.

Computer sound cards, graphics cards, CD Roms and the computer operating system UNIX all owe a debt of development gratitude to video games. The Digipen Institute of Technology, based in Seattle, Washington, USA – and the first video game-only educational institution – has had its door open for almost a decade. Indeed, a sister campus was opened in Beirut, Lebanon, in 2002. Video game courses continue to take their first, faltering steps in almost every economically developed territory on the planet.

Opportunity Knocks
All very good, but were concrete proof of video games’ increased acceptance needed, consider that in January of this year, the unthinkable happened: in an interview with The Financial Times, Shaun Woodward, the then U.K. Minister for Creative Industries and Tourism, called for video game “academies.” Woodward suggested that, with schools already in place dedicated to the television and film industry, there was no reason why video game
design shouldn’t have similar institutions.

Woodward noted: “You might have kids who have quite a difficult time coping with traditional academic subjects but happen to be the most amazing gamers.”

Despite recognizing that video games have economic benefits in terms of tax revenue and the ability to provide a connection, as they may, with some of society’s more disaffected members, Woodward was unwilling to commit to actual financial support.

“The best way for the video games industry to have the talent and the skills it wants is to move into the hot seat itself; to come to the government and say ‘we want to put some money into an academy.’”

Nonetheless, 20 years ago Woodward’s opinions would have been branded heretical, bordering on insane.

On tax concessions, she added: “Of course we want to do what we can to sustain and grow the video games industry in the U.K.; it is a success story for Britain and we want to nurture that success. As part of the Creative Economy Program, we are keeping the global competitive
environment under close review.”

Hunt upped the ante: “As a successful part of our creative industries sector, employing nearly 30,000 people and contributing over £2 billion per year to the economy, the U.K. video games industry is obviously a vitally important part of our economy. The government needs to do all it can to support the video games sector and allow it to flourish.”

Industry Word
In the video games industry, few voices carry as much weight as Eugene Jarvis. The inventor of the early 1980s behemoth Defender, suggests that the sea-change is little more than politicians riding the crest of new wave. 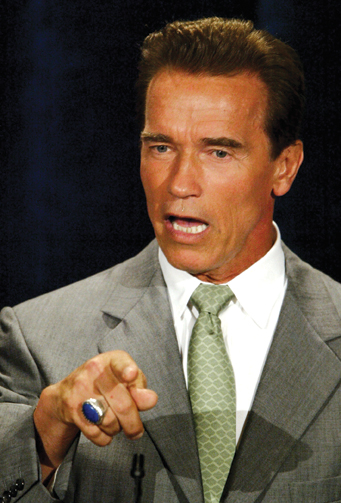 “For politicians, it’s tougher to take on the video games industry, but you still need a good whipping boy come election time. In fact, threatened legislation is a great way to scare up campaign donation cash. Luckily, over the last 35 years, the video game industry has come from garage game disks sold in ziplock bags to a $10 billion industry. Just like the aging rockers, the video game rebels have become the establishment,” Jarvis told ATEI.

Video games the new darling of the political world, who’d have thought it?
The mentality is further marginalizing the neo-Christian war on video games posited by Hilary Clinton or Schwarzenegger’s wasteful use of Californian tax dollars to pursue video game censorship.

Not only is a modern consensus emerging that places video games alongside films and TV in the contemporary leisure mix, video games are a modern totem of freedom of choice and freedom of access. The opinions of officials elected on issues far more serious than video game censorship are the voices being marginalized by video gamers who grew up on Pacman, Defender, Tekken et al.
The path of video games acceptance may remain the political road less travelled, but an increasing number are following in the footsteps of those that claim the industry’s massive cultural worth, intellectual benefits and, of course, financial benefit.