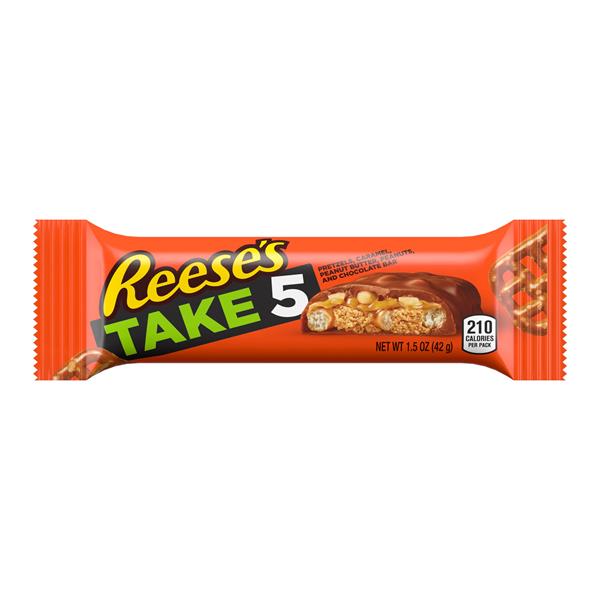 Image courtesy of The Hershey Company

Reese’s created a record-breaking bar and revealed it at Hershey’s Chocolate World in Hershey on January 31. It mirrored the classic Reese’s Take 5 bar with a delicious combination of five layers – Reese’s peanut butter, chocolate, caramel, peanuts and pretzels. 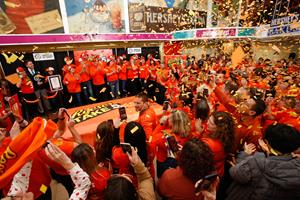 The Guinness World Records™ title for the largest chocolate nut bar was set two weeks before Reese’s Take 5 took over that title. Photo courtesy of The Hershey Company.

“The Reese’s team believes records, even those just a few weeks old, are meant to be broken,” said Veronica Villasenor, senior director Reese’s brand in a press release. “You might not have been familiar with Reese’s Take 5 before, but now, the bar will become your newest obsession.”

The bar measures nine feet long by five and a half feet wide by two feet high and weighs 5,943 pounds, and only took five days to create.

The world has Michael Nolt, Chocolate Fellow and member of the R&D team at The Hershey Company, to thank for the record-setting creation. But that’s not all – he’s also responsible for the best candy bar’s existence in the first place. As the original creator of Take 5, when the bar launched in December 2004, Nolt has seen the candy’s evolution from initial concept, to its record-breaking achievement.

A team of over 40 individuals from The Hershey Company research and development center and manufacturing facilities assisted Nolt in the bar’s creation, taking a mere five days, to complete the task.

Once consumed by Hershey employees as part of Reese’s “Super” celebration, the Reese’s Take 5 bar was officially be recognized and verified by Guinness World Records™ as the record-holder for largest chocolate nut bar.