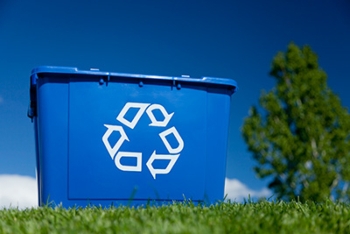 A recently released report has found that a deposit return system (DRS) for non-alcoholic beverage containers, alongside improvements in the Blue Box program, would recycle an additional 118,000 tonnes of materials every year, as well as generating overall savings of $12 million.

The report, Better Together: How a Deposit Return System will Complement Ontario’s Blue Box Program and Enhance the Circular Economy, commissioned by circular economy not-for-profit Reloop, and authored by international environmental consultancy Eunomia Research & Consulting, found that a 15-cent returnable deposit on non-alcoholic beverage containers would result in over 90 per cent of non-alcoholic beverage containers being collected for recycling. The deposit program would not only divert waste from landfill but also reduce beverage container-related litter by around 80 per cent.

The report provides an analysis of an enhanced recycling system that would deliver on the ambition of Ontario’s Resource Recovery and Circular Economy Act, passed in 2016, to shift the responsibility of recycling from taxpayers to producers. The proposed system for Ontario would work alongside the existing Blue Box program to increase recycling rates across the province.

The study estimates that introducing a deposit system for non-alcoholic beverage containers would cost $34 million annually, resulting in a cost of less than a penny ($0.0091) per container returned. Overall, however, the system would generate savings of $12 million, provided that the DRS was combined with an optimized Blue Box program.

Operating an optimized Blue Box program alongside a convenient deposit program for non-alcoholic beverages would reduce the overall cost per tonne of material recycled from $314 to $269 and push up Ontario’s packaging recycling rate to around 74 per cent.

A recent report from the Ministry of Environment, Conservation and Parks, Reducing Litter and Waste in our Communities (March 2019), included DRS as a potential solution to reducing the amount of waste being sent to landfill across the province. DRSs have been proven to reduce roadside litter, increase recycling and increase the supply of recycled material for use in future products. Ontario has been running a successful deposit program for alcoholic beverages through The Beer Store for decades. The proposed system for non-alcoholic beverage containers would supplement this system.

Recent developments internationally have seen a push for higher recycling rates, with the European Union setting the goal of 90 per cent collection for recycling of plastic beverage containers under their new Single Use Plastics Directive. This commitment to addressing plastic pollution was echoed by the Canadian Prime Minister who announced on June 10, a commitment to addressing harmful single use plastics through introduction of bans and collection targets by 2021.

Clarissa Morawski, Managing Director of Reloop, said in a press release: “for over a decade Ontario’s container packaging rates have stagnated with a collection rate below 60 per cent, and under 50 per cent when you consider losses which occur after collection. Clearly the existing system needs a boost and DRS is a proven solution, with many global examples of efficiency and highly popular with consumers. This is likely why many European countries which also have comprehensive household recycling are adding DRS to the mix of their resource collection strategies.”

Sarah Edwards, head of Eunomia’s New York office and one of the report authors, added: “the deposit program for non-alcoholic beverage containers has been designed to complement the current Blue Box and deposit program for alcoholic beverages. It is based on producers taking a lead on implementing a program that will be convenient for consumers and deliver high recycling rates at least cost.”