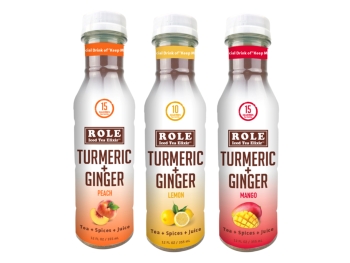 Role is previously known for adding it’s healthy spices to its ingredients, such as ginger and turmeric, but following in its line of better-for-you drinks, it decided to remove cane sugar from its ingredients, and switch a caffeine-free line. Sugar will now be replaced with Stevia, erythritol and natural fruit juices.

Prior to the decision to remove sugar, Role’s previously containted between 11 grams to 19 grams of sugar. The company states that moving forward, all Role’s flavours will contain a total of 2 grams of sugar per bottle.

This decision was based on consumer research that the owners had conducted, in which the findings indicated that beverage drinkers prefer sugar-reduced options. This led to the second change in Role’s playbook: The addition of an initiative named Wellness Partner, which allows independent grocers or venues such as gyms, sell their tea. The other option within that initiative is the Wellness Ambassador Program, which allows a health professional to recommend the tea to customers, patients or family.