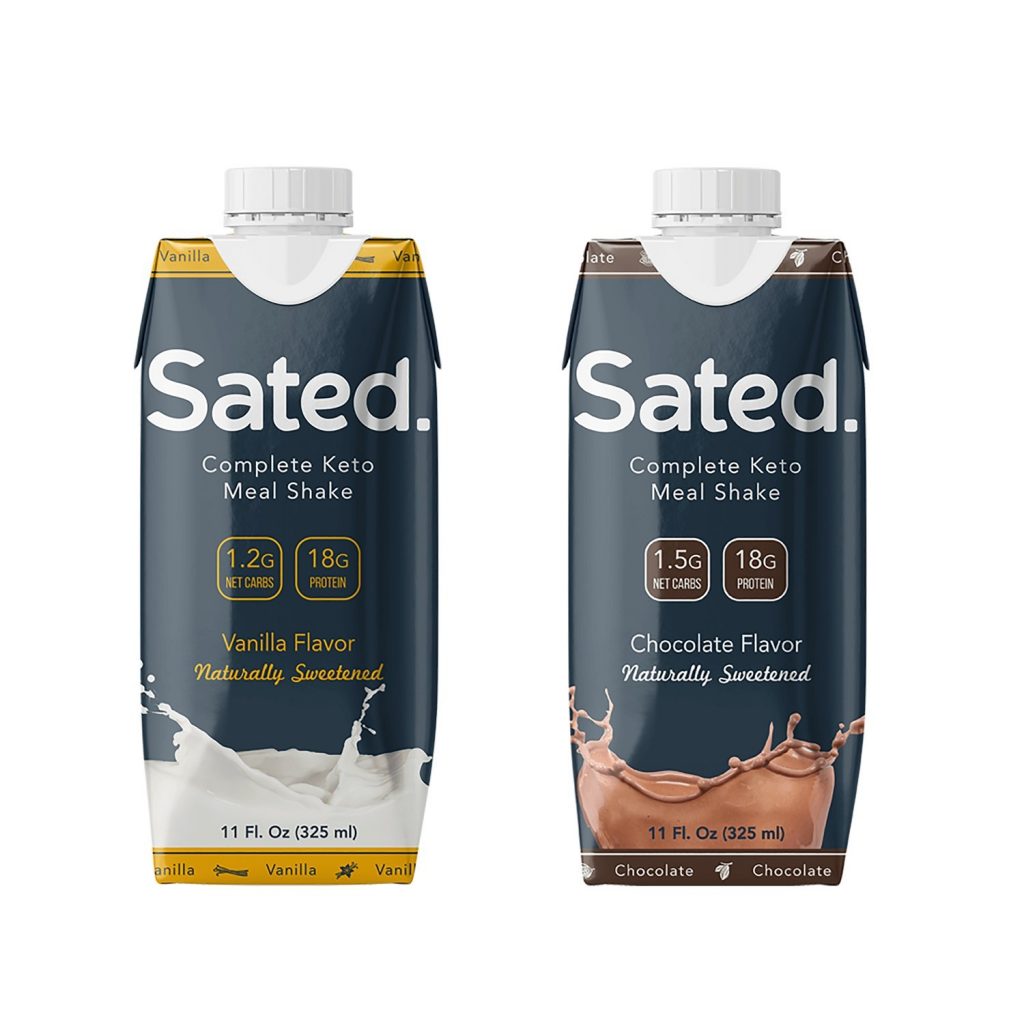 Keto and Co, maker of Sated brand keto shake mixes, announces the release of Sated Ready-to-Drink, its grab-and-go or “ready-to-drink” format. With this launch, Sated becomes the ketogenic meal-in-a-bottle to hit the market.

Sated Ready-to-Drink shakes fill a key gap in the market for convenient low-carb, keto foods. According to proprietary research conducted by Keto and Co, there are 15 – 25 million people in the US alone, currently following a keto diet who they cite a lack of quick, convenient keto food options as their top challenge. Sated Ready-to-Drink targets this need by making nutritious, satisfying keto meals as easy as twisting a cap.

“Our shakes are ready when you are,” says Keto and Co CEO, Ted Tieken in a press release. “And because they have all the nutrition of a balanced meal, they keep you fuller longer.”

Sated’s mix-it-yourself version has a been a bestselling keto shake since 2014, and customers have been consistently asking for a ready-to-drink option. In August 2018, the company launched a Kickstarter campaign to make Sated Ready-to-Drink a reality. That campaign raised over $200K during prelaunch, making it the 4th largest food product Kickstarter to date.

“The anticipation we’ve seen for Sated Ready-to-Drink has been incredible,” added Tieken. “We’re thrilled to be bringing it to our backers, our customers, and to a national market that is growing ever more carb and health conscious.”