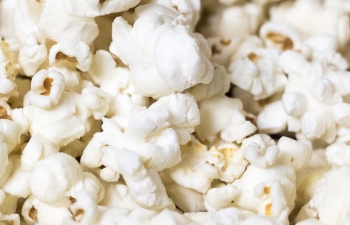 A consumer study by Mintel has revealed that the ready-to-eat (RTE) popcorn market is experiencing a strong sales boost due to its “health halo”, but consumers are seeking wilder flavours.

Total U.S. retail sales of popcorn increased 32 per cent in the last five years to reach an estimated $2.5 billion in 2017. Traditional flavours such as cheese is still the most popular choice at 49 per cent of the sales, with caramel covered popcorn in a close second at 32 per cent.

Mintel’s study found that consumers are now getting curious about other flavour combinations, such as pumpkin spice and gingerbread, or mixtures that contain dried fruit and/or candy, at 20 per cent and 12 per cent, respectively.

The interesting element of the conducted study revealed that regardless of the flavour, 45 per cent of consumers are interested n buying all-natural varieties.

“The popcorn segment, and RTE popcorn in particular, is likely to continue benefiting from a generally healthy image as well as its suitability as a medium for a wide range of flavours and toppings,” said John Owen, senior food and drink analyst at Mintel. “As such, there is an opportunity for brands in other salty snack segments to innovate with unexpected flavours to engage consumers, especially among younger generations who, our research shows, are looking for variety in the salty snack aisle.”