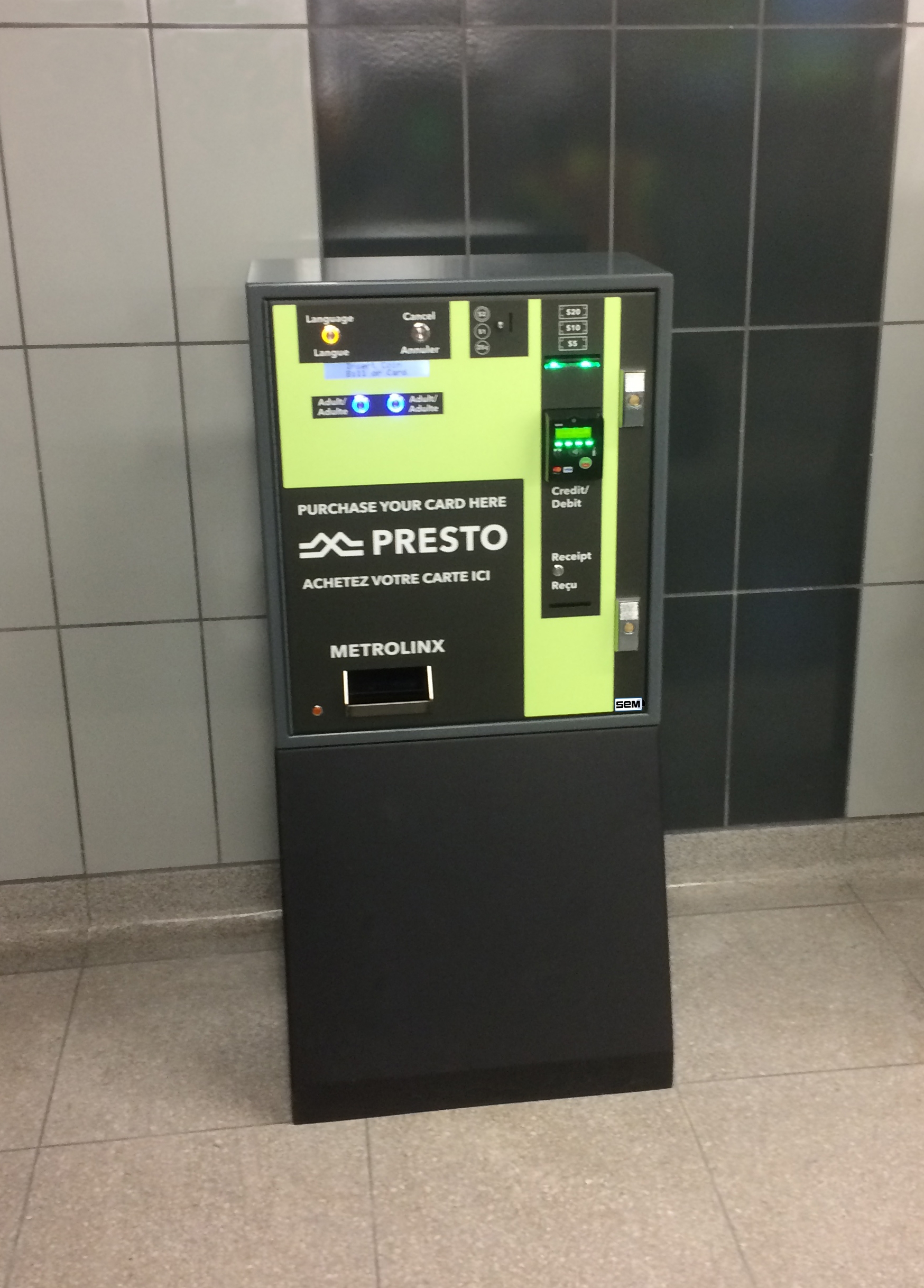 The Paymax series of machines from SEM were those that complied the best to Metrolinx requirements, said a news release from SEM, which provides payment and control electronics and hardware for self-service systems. Among its features are the capacity to accept payment in coins, bills, credit and debit cards, and the ability to give change back.

The machines were custom built to meet strict requirements, including having the official Presto design and colour and offering two selections of reloadable cards for the users of the public transit, the release said.

The Paymax are available in different configurations such a cards and tokens dispensers, change machine, tickets and multiple application coupons.