Features Innovation Trends
Snackbot, the vending machine that serves you 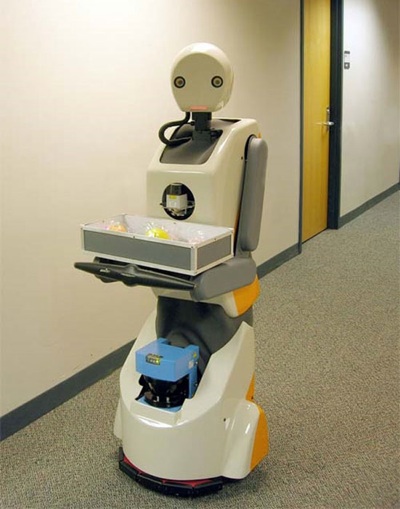 
Feb. 25, 2010 – Two years of work for Carnegie Mellon University's Paul Rybski and
his team of students, the combined minds of 17 other faculty members,
and a $20,000 cocktail including a laser navigation system, sonar
sensors and stereo camera-eyes all led to one marvelous invention: the
Snackbot. Yes, as you've no doubt already surmised by the name, we're
talking about a robot that serves snacks.

The Snackbot isn't just a dumb waiter, though — it's got something of a personality, according to Ian Daly of The New York Times | READ MORE