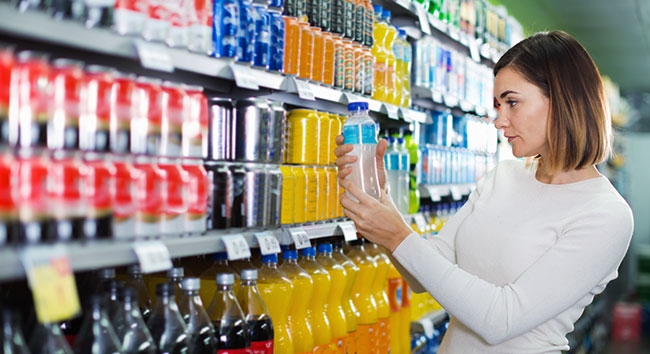 Better hydration and fun experience in beverage drinking are at the core of consumer demand for soft drinks in Canada, according to a February 2017 report from international research firm Euromonitor.

Among categories in soft drinks, carbonated bottled water, coconut and other plant water, liquid concentrates and ready-to-drink coffee and tea benefit most from the demand, suggests the report, which forecasts trends through 2021.

According to Euromonitor’s news release on the new research, sparkling adds fun and a cool factor to bottled water, which is increasingly perceived as a more natural and healthier alternative to carbonates, and exotic flavours and health benefits associated with coconut and other plant-based water are gaining rising popularity among consumers, particularly younger generations on a constant hunt for interest and fun experiences.

The portability of ready-to-drink coffee and tea and liquid concentrates is being well received as it expands consumption occasions and caters to time-starved consumers.

Heightened awareness has prompted manufacturers and brands to remove these ingredients and replace them with more natural and healthier alternatives. In light of the actions taken in neighbouring countries, including Mexico and the United States, where the concerns over sugar intake have gradually resulted in legislation and taxation that aims to curtail such consumption, Canada will likely follow suit.

Coffee and tea trends percolate into soft drinks
Growth in coffee consumption has gradually sipped through to soft drinks as reflected in the expansion in ready-to-drink coffee. The same is true for tea, as exemplified by a slew of new product launches in ready-to-drink tea, tea-based energy drinks and innovations such as sparkling tea juice and combination products between tea and other drinks.

Manufacturers are diversifying their products
Soft drink manufacturers and brands continue to diversify product portfolios in response to the diversification of consumer palates, in terms of flavours, tastes, styles and health benefits over the review period, according to the Euromonitor report. Leading players continue to invest and focus on categories other than carbonates. Smaller players also are exploring opportunities in such growth areas as bottled water, coffee and tea.

Shift in preferences will shape soft drinks
With the aging of the population and the younger generation gaining more buying power over the next five years, consumer preferences will shift toward products that provide more natural and healthier alternatives, fun and interesting experiences, and convenience and portion control for consumers leading increasingly busier lifestyles.

The shift in preferences and awareness will likely also trickle down to changes at regulatory level, for example, sugar tax and food/beverage importation, which could also further impact the soft drinks market through 2021.