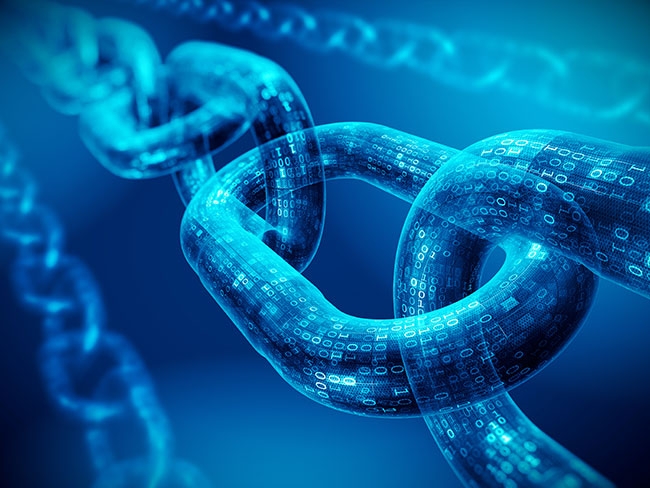 The next time you look at a tulip, reflect upon that fact that in the late 1500s, one tulip was valued at as much as an estate. The flower had been imported from the Middle East, contracted a virus that made a variety of pretty colours appear on its petals and people became convinced foreigners would pay a fortune for them.

The bulbs were bought in a frenzy, driving the price up.  As tends to happen in investment “bubbles”; the smarter investors sold early and the not-so-smart ones…crashed and lost. As of this writing, the meteoric rise of Bitcoin’s worth has started to slide, as many investment gurus predicted. It has been argued that electronic currency (aka cryptocurrency) has potential as a replacement for traditional currency, but it’s volatile and still risky. If a retailer were to take cryptocurrency as payment, the value could plunge overnight and leave the retailer with a loss. There are currently more than 1400 cryptocurrencies, with Bitcoin being the one with the highest profile. But when one digs a bit deeper, it appears that the real story for retailers isn’t only the currency — it’s the technology that supports it.

If cryptocurrency is the money, then blockchain is the ledger. It’s that simple…and that complicated. Cryptocurrency was invented because the existing banking system wasn’t nimble enough to keep pace with a digital world that allows money to be transferred with the click of a mouse. Financial institutions, who each have their own ledger, would hold up processing of the transfer to verify its validity and then take their cut as payment for doing so. Often the money is bounced from bank to bank to verify the transaction because not all banks have relationships with each other. Blockchain technology allowed money to be transferred securely, with a traceable path and no middleman (bank) needed. Blockchain technology has no centralized hub to store the transactional data, making it secure. Servers spread all over the world store bits of the blocks of data. One block of information holds the key (the code with the secret handshake) to hand off to the next block. When the next block (record) is added, the information and key from the first record is baked into it as well. With the third block, all of the keys and information from the first two records are included and so on. Removing the middleman (banks) is expected to make transacting less expensive for consumers. Blockchain can validate a transaction instantly 24 hours per day, whereas banks take longer and only operate during certain hours. Of the approximately 1400 cryptocurrencies in existence, many have their own unique blockchain underpinning. Time will tell which of these will emerge as a market leader. If the internet decentralized information, blockchain will decentralized everything else. A ledger shows money going in and out and a balance. It’s a living document where the ledger changes daily as activity is captured. Blockchain is the shared ledger that will enable transparency, authentication and auditing. Blockchain can ensure trust.

How do you know that vitamin you take isn’t another drug mislabeled?  You trust the manufacturer. How do you know who owned the house you just bought before you? You trust that the records weren’t tampered with (after waiting days or weeks for the records to be retrieved). How about your health records? Does your current doctor know your current back pain is the result of a misalignment because broke your leg when you were eight years old and it didn’t heal properly? Blockchain provides one central location for all of this history to be housed and trusted for its accuracy. Blockchain aims to reduce the chance of fraud and inefficiency from the process and this is huge for business. With blockchain, you will know without any doubt that the organic foods you buy are legitimately organic. You will see the entire production path clearly on the blockchain ledger. Your machines will have records of purchase, ownership, repair, upgrades and warranty and you’ll be able to see it all at a glance.

While Bitcoin and other cryptocurrencies remain the wild west of money, it would be naive to ignore the fact that cryptocurrency is gaining awareness and that more retailers are starting to accept it as payment. A number of big name retailers have begun accepting Bitcoin. Overstock.com was an early adapter in 2014. Bitcoin is accepted as payment at eGifter, where gift cards can be purchased and then used at other retailers. Microsoft, Expedia, KFC Canada, Pay Pal and some Subway franchises in Buenos Aires accept Bitcoin. Shopify sites have given vendors using the site the ability to accept Bitcoin too. Accepting Bitcoin has been facilitated by providers like BitPay, a global Bitcoin payment service provider based in Atlanta. BitPay is a service that processes Bitcoin payment for vendors and it’s one of the largest. Once a vendor receives payment in Bitcoin, BitPay converts the Bitcoin to the vendor’s preferred currency and adds the full amount of the payment to the merchant/vendor account. Launched in 2011, BitPay quickly developed relationships with many of the large merchants mentioned above, has worldwide penetration and offices in Argentina and the Netherlands.  One sign of cryptocurrency’s growth is that BitPay announced in December it will no longer process transactions less than $100. Some of this is connected to the rising fee to mine Bitcoins, which has resulted in using the currency for small payments uneconomical. The move to discourage its use for small transactions is a signal of its increasing acceptance.

One of the most interesting aspects to cryptocurrency is that it’s not regulated by a central bank. Fans of this feature point out that this allows for faster transfer of funds and without the hefty fees associated with the traditional financial system. Regulators are eager to wrap their arms around cryptocurrency and, well, regulate it. They need to first agree whether it’s a currency or a commodity before laws and regulatory parameters are developed. Until Bitcoin is recognized as legal tender, it isn’t taxable. All of this will take time because cryptocurrency is global. Cooperation between countries will be a key part of the structure to come.

It’s important to keep the associated issues related to cryptocurrency separate from each other.  Bitcoin’s market value may be volatile, but the blockchain technology underpinning it has broad application to myriad of industries and uses. As Marc Kenigsberg said: “Blockchain is the tech. Bitcoin is merely the first mainstream manifestation of its potential.” Cryptocurrency as a concept has merit and the slow but growing group of companies accepting it suggests momentum. Should a vendor start accepting Bitcoin now? That depends on your customer profile and product offering. Small transactions to an older consumer base would nod to taking a pass. Larger transactions to a millennial consumer target that’s very comfortable with technology (such as selling computer hardware) would indicate it might be worth dipping your toe in. Either way, businesses would be wise to keep tabs on developments and “follow the money”.

Michelle Brisebois is a marketing consultant specializing in digital content strategy and retail/ in-store activation.  Michelle has worked in the food, pharmaceutical, financial services and wine industries.  She can be reached at briseboismichelle@sympatico.ca.
Print this page