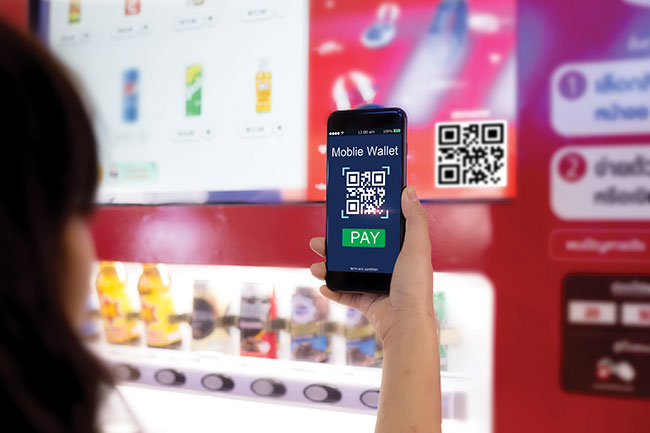 Not everyone is comfortable using phones to order or pay for convenience; experts suggest offering delivery services for the elderly or infirm. Photo: © panuwat / Adobe Stock

On August 13, 2020, NAMA hosted a webinar asking those in the micro-market and pantry service industry how the pandemic has changed their business. Panellists were also asked what they did to increase business, keep folks safe and stay ahead of the curve. “

The New Landscape of Vending and Micro Markets,” brought in a panel to look at what happened in the last few months, and what vending operators might expect if COVID-19 flares up again, forcing another lockdown.

While no-one on the panel professed to have a crystal ball to predict what the future of automated sales may look like, everyone had excellent suggestions as to what to do to make work easier if another pandemic slows or shuts down business again.

Scott Halloran noted that his business is down by 55 per cent overall. He cited the Stockdale Paradox as a method of surviving; the principle which states that one must never confuse faith with discipline to confront the most brutal of facts, in order to survive a long, indeterminate stretch of hardship. “I think we’re in this until a vaccine is distributed and people are comfortable coming back to work,” observed Halloran. “We’re surviving now until that happens, and planning to thrive… but that could be Q3 of next year. Late Q2 before anyone really sees much recovery beyond what we’ve seen now, is my best guess.”

Though many were pessimistic that vending operations would recover completely, there were those who opted for a sunnier view. Rhonda Dunn stated that this pandemic could offer more opportunities than ever before for unattended sales. More vending machines placed in apartment buildings in lieu of tuck shops or convenience stores offer both safety as well as more affordable alternatives to leasing a commercial space. For those who were operating a micromarket or pantry service, reaching out to apartments or multiple dwelling buildings served a community, such as old age homes. Dunn discussed how she pivoted her business from vending to food delivery to great success.

“A lot of people found a value to our service, because they don’t want to be in public. They don’t want to go to the grocery store and maybe a person with compromised health. And that’s what we just bought a lot of in our, you know time during the first month of COVID is that that was the people that reached out to me the most,” stated Dunn. “Obviously anyone that’s got a smartphone can order anything off Amazon or any of those other websites, but a lot of people that aren’t necessarily tech savvy still have a need out there. There’s still a resource that should be filled.” Dunn explained, “you’ve got to delve into your own community and see what needed needs to be filled. There were a few cancer patients that family members had made sure to have us deliver their water, groceries, milk, whatever. And just knowing that we were helping, that was the reward.”

Increasing brand recognition through charity work was another tactic that the moderator, Ben White touched upon, noting that many in the vending industries have been collaborating with charities and local governments. Halloran noted that many schools will be hit hard: Many fundraising done by family members for the PTA might be unable or greatly reduced in their capabilities to fundraise as they had previously.

“I’m starting to talk to some of the local high schools where we can have a “Wildcat Night” for a particular High School, and let them all order family meals online. We’ll get those delivered out to the homes, and that turns into a fundraiser-revenue-share,” offered Halloron. “Maybe 10 per cent goes back to the school, or to the sports program that drove that for us; and when you’ve got a 2000 person school, you get five or ten per cent of those orders and that can turn into a decent revenue stream for us.”

Craig Kushner observed, “you can’t afford to have a fully stocked market out there, for a limited number of people. What we did is we created a Top 10, Top 20, Top 30 SKUs that we would put out, based on the number of people who generate a little bit of revenue for us. It satisfied the client, they understood that we couldn’t afford to have a full market.” Kushner added, “we’ve found that people were happy that we had a solution to be able to provide something there are people on site. So, if you can work with your customers hopefully you’ll keep them for years to come.” 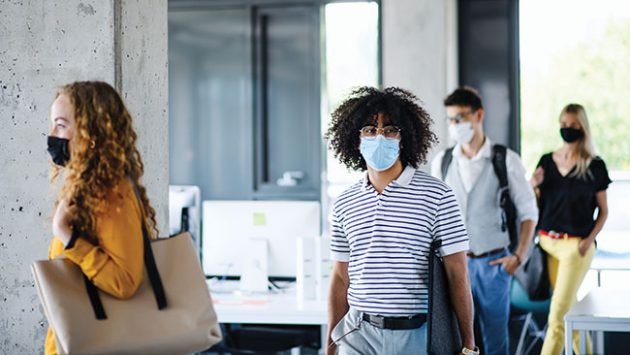 Halloran noted that a good “pivot” for some convenience services might involve offering their services to ghost kitchens. “Basically, it’s taking a brand and making that brand a restaurant brand. Think of pick on TGIF. That’s not around that much anymore, but having that menu and producing it out of a kitchen that has no dining room. And it’s utilizing the Grubhubs and DoorDashes of the world to get your food to market, so it’s a B2C operation where you create a virtual brand and start selling your food, just like a restaurant that was on Grubhub.”

Kushner continued to add that companies that had a bit of food waste prior to the pandemic should immediate do some accounting in order to ensure cash flow to pay employees. Kushner’s team too inventory to check to see what they can sell, what they afford to stop vending and assess how long restocking shelves might take. “We are watching everything that goes on like a hawk, here. And it’s helped stop the waste that can take place in the company during good times. So, I would highly recommend to everyone, save and conserve as much cash as you can, because when that runs out, the business is gone.”

Cash may be king, but to sum up the event, discipline in looking at the current situation will guide the decisions to maintain the future. “There are golden opportunities, there are silver linings. You know, we’re not just going to sit around and wait: that’s not who we are as an industry.”