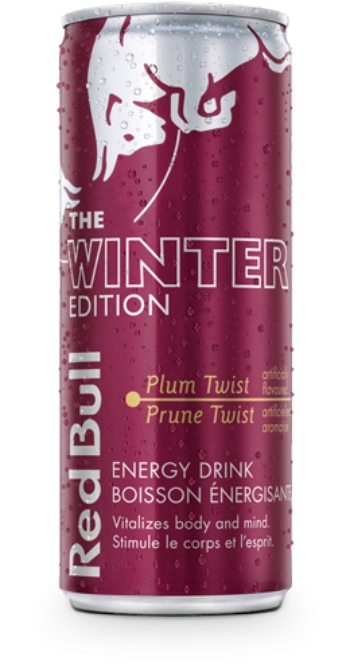 As part of the Red Bull Editions, a holiday edition was revived due to popular demand.

Canadians have spoken and after a successful launch in 2017, Red Bull® Winter Edition Plum Twist returns for another snow-filled season of adventures.

Available for a limited time only, the seasonal flavour provides the same “wings” of Red Bull Energy Drink with the festive taste of plums. The re-released Red Bull Winter Edition will be available across the Canada as of November 5th, 2018.

Red Bull Winter Edition will be available in 355ml cans and 250ml 4-packs across the country while quantities last.