Sales of dairy alternatives are surging for OCS and pantry services 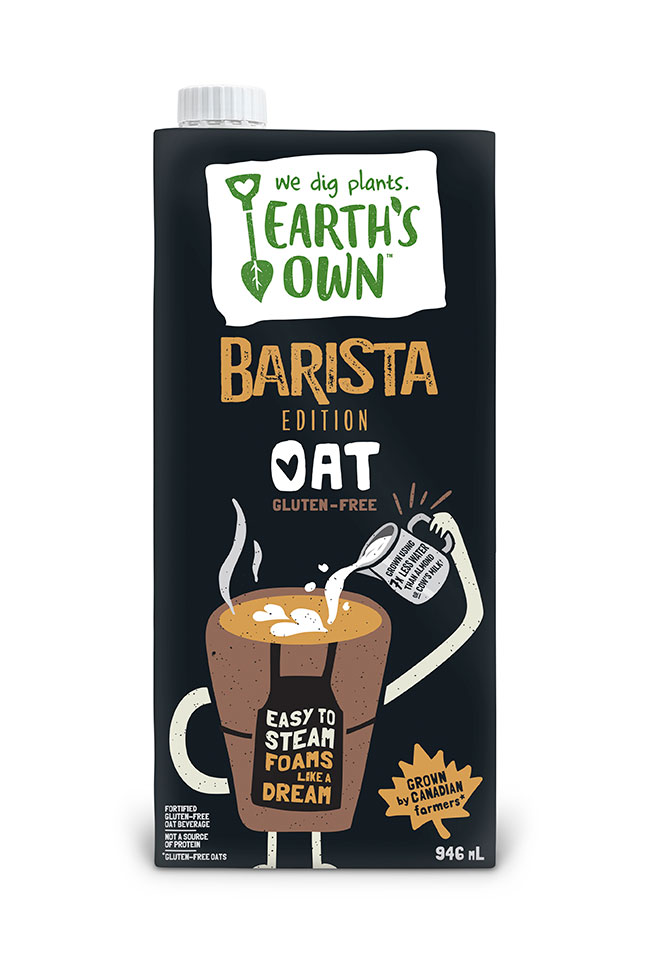 The use of dairy alternatives, as well as plant-based creamers, is growing within the OCS and pantry service industries. Canadian Vending had a chat with Brittany Hull, of Earth’s Own, to discuss how healthy vending and COVID-19 has changed the industry.

For OCS and pantry services under the lockdown, they have found that more shelf-stable dairy substitutes are becoming attractive. Paired with statistics that state more clients are looking for healthier options and that many are concerned about reducing their dairy intake, plant-based options such as oat milk are gaining popularity.

“I think a lot of it has to do with options being better now than they’ve ever been,” said Hull. “In the past, consumers needed to be satisfied with either almond or soy…and the biggest piece that’s changed is milk.”

Today’s dairy-free offerings are almond, cashew, soy, and oat ‘milk’. Grain-based products like rice-milk, quinoa milk, flax seed milk are gaining ground, but aren’t as popular nor as readily available. While Statistics Canada doesn’t have current data behind the climb in dairy alternatives, Michelle St. Pierre report for Statistics Canada states, “this rise in dairy alternatives may also reflect demand from people who are lactose intolerant or who have specific dietary preferences. While Canadian data is available only for traditional milk and not milk substitutes, there is data on both traditional milk and almond milk growth in the United States.”

According to a Mintel report on Milk & Non-Dairy Milk, Canada’s most popular alternative is oat milk. The consumer research company reported that almond milk increased by just 4.4 per cent over between 2018-2019, compared to oat milk’s 100 per cent weekly trend increase in Canada.

There are also peanut-based and coconut based milks, however they do present potential allergens. Those with no allergy may find coconut too pronounced a taste for coffee, however it does present a satisfying, cream-like texture and is compatible for ketogenic diets.

Hull noticed that the premiumization is making its way to office coffee services, which can bring more variety to the table. Vegan, or plant-based flexivores may still want a latté, and oat-milk may serve more clients in the dietary spectrum. While it may originally have been offered as a lactose-free option for breakfast cereal, it is often used in hot drinks such as cacao and coffee.

“It foams really well,” says Hull of oat milk. “It works really well in hot drinks, as the taste is the most neutral. Any office, pantry service, office or even a university can accommodate any growing requests for plant based dairy creamers or milks.”

Hull feels that office pantry services and OCS can gauge how their clients feel about their dietary choices. The majority of people drinking dairy-alternatives are no longer just the lactose intolerant, but also do it for ethical reasons such as avoiding animal cruelty. A major reason that has driven Canadian consumption of non-dairy milk has been on environmental grounds.

“We had a light bulb moment,” says Hull of the inspiration behind Earth’s Own recent environmental challenge. “That’s when we realized that when consumers change to a plant based product, it’s the single biggest thing we can do as individuals to help fight climate change. Once you start rooting it in a way that actually is meaningful, it opens their eyes once you start looking into it to learn more.”

Hull adds that there are more consumers eager to try alternatives since there’s now a wider variety available. She adds that non-dairy creamers now need to “deliver” in terms of texture and taste, and that consumers are not willing to settle for beverages that are either bland or leave an aftertaste. “Yeah, I mean, for instance premiumization is definitely a key to making it more palatable and more appealing to a lot of clients.”

Where the pandemic made inventory and stocking a challenge for most pantry services, Earth’s Own found that their story differed. “We’ve seen the complete opposite occur,” said Hull. “It’s been actually really positive for plant-based brands [during the pandemic.] It has been fascinating to watch. People have been turning to new foods and new ways of eating because they now have more time on their hands, so they’re researching, they’re experimenting and they’re cooking at home more.”

Part of the spike in alternative milk usage during the pandemic is attributed to its shelf-life. More products like paper products and shelf-stable goods like pasta and canned goods have reported to have been spiking since March; not surprisingly, plant-based milk offerings were no exception.

“We’ve actually seen a significant number of people loading up on both shelf-stable goods, but also really trying new things…change is the only thing we can count on in the future. And the use of plant-based dairy is marking a shift in OCS and pantry services. This summer, Earth’s Own is releasing a new oat-based coffee cream and an culinary cream that can be used in baking. “

Hull adds that the biggest problem Earth’s Own has experienced was keeping product on shelves. “We’re just trying to keep up. That has been the sort of thing we’ve seen in the last three months of our business: just making enough product and not knowing what it’s going to look like post-COVID…it won’t likely remain to the level it currently is, but we don’t think it’s going to go back to the way it was, either.”