When the cultural history of the 21st century is
written, who will be portrayed as the principal nation? The English?
Providers of the planet’s tongue, inventors of football and the all-conquering Internet? The Americans? Leading exporters of
film and TV, economics and politics? Look a little deeper and there is
an altogether more subtle, yet no less impactful, candidate.

When the cultural history of the 21st century is
written, who will be portrayed as the principal nation? The English?
Providers of the planet’s tongue, inventors of football and the all-conquering Internet? The Americans? Leading exporters of
film and TV, economics and politics? Look a little deeper and there is
an altogether more subtle, yet no less impactful, candidate. In this
ATEI Feature we looking at the rising influence of The Land of the
Rising Sun, Japan. 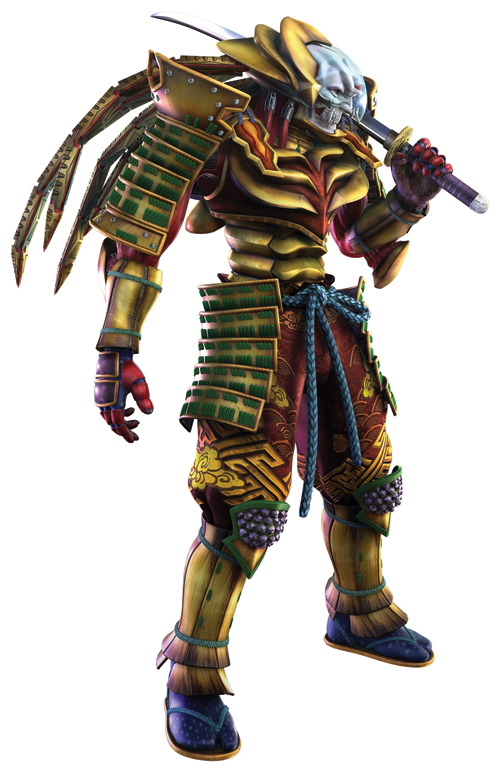 It is becoming increasingly difficult to escape Japan’s influence. By
day, Hello Kitty and Transformers stare back from every high street and
by night Karaoke blares from theme bars; Anime and Manga have redefined
cinema’s visual landscape alongside The Ring, The Grudge and Godzilla,
all badly remade by American studios.
However, it is in video games, the fastest growing cultural and entertainment genre, that Japan’s impact is becoming
increasingly evident. However, it hasn’t always been so. While Japan
has always been at the forefront of video game design, the confidence
of the nation in incorporating Japanese design has not always been so
advanced.
Cultural commentator Koichi Iwabuchi points out that, until very
recently many Japanese games were stripped of distinguishing national
characteristics in order to be shipped to markets around the world and
notes “culturally odourless” Super Mario, an Italian plumber, as an
example.

“There existed an assumption that a game which felt too Japanese would
not do well in American markets. This was an assumption made not only
in the U.S., but in Japan itself. The result was the creation of more
accessible design styles leaving Japan or, if they slipped through the
net, a filtering process when they reached American shores. Over time,
however, the West has developed a distinct taste for the Japanese
quality of Japanese games, welcoming the cultural diversity in games
content,” Iwabuchi added.

Chris Kohler, an authority on the influence of Japanese games in his
book Power-Up: How Japanese Video Games Gave the World an Extra Life,
agrees with Iwabuchi’s point.

“The breakout Japanese video game, Donkey Kong, was designed in 1981
for America. Shigeru Miyamoto was told that the U.S. branch of Nintendo
was in trouble, and could he please make a game that would succeed in
America,” Kohler said.

Miyamoto’s off-the-wall thinking clearly appealed to an American audience and Kohler suggests
that the major difference (between Japanese and Western design houses)
seems to be that the Japanese game market supports a wider variety of
design aesthetics.

“American developers are often simply looking for the next gritty urban
crime simulator. Indeed, while cartoon violence plays a large role in
Japanese video game design, the nation actually shy away from
ultra-realistic depictions of real-life violence – realistic graphics
that look and feel like real life, it’s looked upon as being highly
inappropriate.”
Could it be then, that depictions of violence actually entrap Western video game designers?
Perhaps.

One area that Japanese video game designers have displayed that
diversity of thought is in catering for a female audience; a move that,
through Pac-Man, increased Japan’s confidence and has spawned more
Japanese-styled gaming.
“Japan has generally been better at selling games to women,
historically speaking. Pac-Man was designed with the intent of bringing
in a female audience,” Kohler continued.

Look through the landmark games coming out of Japan over the last 25
years and one can chart Japan’s growing confidence – Space Invaders
(1978), Galaxian (1979), Pac-Man (1979), Donkey Kong (1980), Street
Fighter (1991), Mortal Kombat (1992), Tekken (1994) and Dance Dance
Revolution (1998) right through to 2004’s Love and Berry. Japan is the
cultural birthplace, playpen and playground of video game design – and
gaming the most influential form of modern cultural expression.

Sega’s Love-in
Love and Berry represents all that is best in Japanese uniqueness, and
imagination. Players obviously agree: up to January 2006, approximately
6,800 machines had been installed globally and over 400 million cards
printed. Sega has even launched a fashion line of Love and Berry,
featuring clothes from the game as well as accessories and sundries –
Japanese influence continues.

“The impact of video games on modern culture is undeniable and I think
there are three reasons why Japan continues to lead the way. In Japan
there is smaller housing, cohesive family
units and disposable income,” Sega Europe’s Justin Burke commented.
“Put more simply, young adults with money, who live with their parents
until marriage, don’t want to spend all their time indoors with their
family and, as a result, there’s a massive demand for leisure outside
the home from this social grouping. That demand, for exciting video
game experiences, perpetuates both supply and innovation.”

Japan’s place as video games’ cultural ambassadors is clear. However,
should you suspect the role of video games on global culture has been
overplayed, consider the words of Marshall McLuhan in his book
Understanding Media: The Extensions of Man: “Games are popular art,
collective, social reactions to the main drive or action of any
culture. They are extensions of social man and the body politic … as
extensions of the popular response to the workday stress, games become
faithful models of a culture. They incorporate both the action and the
reaction of whole populations in a single dynamic image. The games of a
people reveal a great deal about them.”

And the world will continue to play Japan’s games for the foreseeable future.

Related
Japanese vending set to go even higher tech
Half of Americans play video games on mobile: Mintel
Charitable donations made by vending machine
NAMA reaches out to Japan