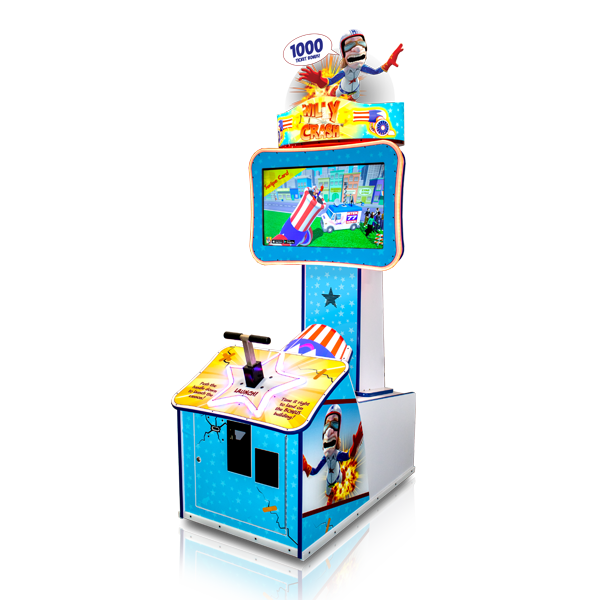 Willy Crash is now available in a smaller size, allowing it to fit into even more locations! Experience the same gameplay of the original Willy Crash, just with a smaller cabinet and a 32″ screen.

Willy Crash “Mini” is more than one-and-a-half feet more narrow, 10 inches more shallow, and almost one foot shorter than the original version. The software and even the plunger are the same; maintaining the same player experience but allowing it to fit into even more locations!

Detonate the TNT plunger to launch Willy Crash into a 3D cityscape. Aim for the tops of buildings to score big and watch Willy boogie down in a lively bonus celebration. Miss and he will hilariously crash into a number of cringe-worthy, interactive obstacles. Can losing be as much fun as winning? It just might be with Willy Crash!

The Arcade Game You Can Play at Home

Players wish they could take the game home with them? They can just download the Willy Crash app and be launched into another level of fun! All they have to do is download from the Apple App Store or get it on Google Play.