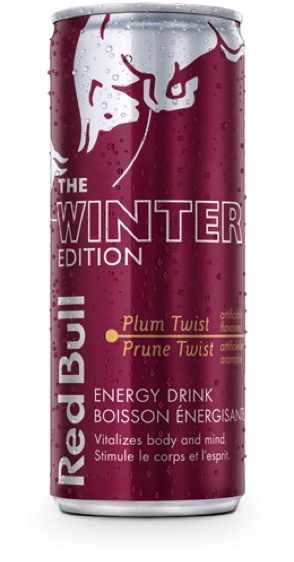 In anticipation of a Canadian winter to remember, and in appreciation for the special role that winter plays in the Canadian identity, Red Bull is limiting the North American release of the Red Bull Winter Edition to Canada only, the company said in a press release.

The company is betting on adventurous Canadians seeing the coming harsh weather as a chance to ski, skate, snowboard and sled even harder than usual.

Red Bull Winter Edition is the latest entry in the Red Bull Editions series. Its flavour profile is described by the company as plum twist with the taste of cinnamon.

The limited-edition drink will be available across Canada in retail outlets as of Dec. 1 with an MSRP of two for $6.