CHICAGO (AP) – Here’s a juicy thought to chomp on. What if the simple
act of chewing gum helped you keep your weight down, reduce stress,
improve focus – or all three? 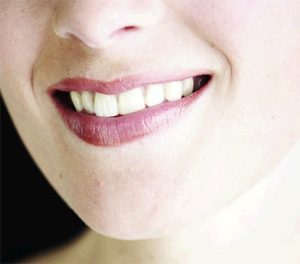 CHICAGO (AP) – Here’s a juicy thought to chomp on. What if the simple act of chewing gum helped you keep your weight down, reduce stress, improve focus – or all three?

Sure, a cynic might reply, just as eating pizza raises your IQ and chocolate-chip cookies make you skinny.
Wm. Wrigley Jr. Co., though, is so hopeful of the possibilities that it is launching a multimillion-dollar, multi-year effort to prove them. Citing “emerging research” that suggests chewing may be beneficial, the gum maker has created the Wrigley Science Institute, consisting of an international advisory panel of scientists and research experts who are studying the sticky matter.

Surinder Kumar, Wrigley’s chief innovation officer, says the 115-year-old company has been hearing from consumers for decades about chewing’s benefits – some of them, he contends, “just plain common sense.” Now it is looking for scientific proof to back up the anecdotal evidence.

The company hopes the results, which won’t be known for another year or so, will give people a whole new reason to chew gum – any gum, although as the world’s No. 1 gum purveyor and with 63 per cent of the U.S. market, Wrigley clearly would reap the biggest revenue rewards.

Wrigley is so confident of a favourable outcome that it is going public with the effort and already has compiled the earlier, preliminary research in a glossy 48-page booklet with the upbeat title, “The Benefits of Chewing.”

The Chicago-based company emphasizes that the scientists remain independent and their work, which is being carried out at laboratories elsewhere and not at Wrigley’s new research centre, is to be published in peer-review journals.

Current studies are looking into three areas of potential benefits, the company says:

Stress Management
What’s behind the common practice of chewing gum to relieve tension? Wrigley cites research showing that it stimulates certain areas of the brain, but wants to go further. “Consumers tell us they use it for that, and yet we don’t understand how that comes about,” Kumar said.

Weight Management
As a five- to 10-calorie substitute for a high-calorie snack, gum could obviously reduce caloric intake. But does it help suppress appetite? “It’s not that chewing gum has any particular magic, but it can be a useful behaviour modification pill,” said Gilbert Leveille, executive director of the Wrigley Science Institute, which held its inaugural meeting in Chicago in December.

Cognition And Focus
Is gum-chewing a way to increase focus, concentration and alertness? Wrigley points to studies that show that it increases blood flow to the brain but would like to see it linked definitively to higher concentration levels.

“People chew gum primarily because it’s a pleasurable experience, to deliver mouth-freshening” and for oral health-care benefits, said Leveille. “While half the population of the country chews gum, we’re just now learning what the real effects are from a physiological and psychological perspective.”

Wrigley has been praised for increased marketing innovation under fourth-generation family leader Bill Wrigley Jr., who has focused more heavily on marketing and new products than his predecessors. Its breath-freshening Eclipse and sugarless Orbit gums, introduced in the U.S. market in 1999 and 2001, have become top sellers, added to old standbys such as Spearmint, Doublemint and Juicy Fruit.

Gums it classifies as oral-care related now account for 40 per cent of its $3.6 billion US in worldwide sales.

But with consumers bombarded by companies’ claims of health benefits in their products, food analyst Bob Goldin wonders if the gum maker isn’t overdoing it this time. Increasingly, he says, the public sees such efforts as self-serving.

“They’ve done a masterful job of taking gum to some new plateaus with respect to imaging and the benefits of gum themselves, with high-intensity gums used for breath-freshening and with sugar-free good for tooth decay,” said Goldin, of food consultancy Technomic Inc. “But given who’s sponsoring it, I think it may not be perceived as very objective, very impactful.”

One new product that Wrigley touted for its benefits already has failed with consumers – Surpass, an antacid gum, which the company killed in 2003 after two years of weak sales.

Kelly McGrail, senior director of corporate relations, says the new science initiative is not about marketing, at least not yet, but rather about exploring potential benefits.

“We’re doing this to learn more about our business and the products that we sell, as well as a brand-new science,” she said.

“But clearly, at the end of the day it has to deliver value,” McGrail acknowledged. “If you can get people to think about chewing gum in a new way, it’s good for the category. And we’re the category leader.”o