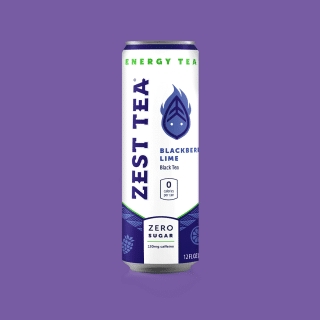 The new flavour will be showcased at Expo East 2019, coinciding with its retail launch with Dora’s Naturals in New York City and with select UNFI retail partners. Additionally, the product will be available online at Zesttea.com and Amazon.com.

“The huge demand for low calorie, cleaner, and Keto diet friendly products, pushed us to develop this 0 calorie Blackberry Lime with organic ingredients and no sugar. Alternative, natural sweeteners have hugely improved in flavour from the early 2010’s. That improvement was central for developing a product that doesn’t sacrifice taste to get to 0. This is a great option for that sugary sweet tea drinker, the reformed energy drinker, and ‘I drink coffee for the caffeine not the taste‘ drinker all looking for a tastier, healthier, more functional alternative.”

The Zest Tea Sparkling Blackberry Lime comes in 12 oz. sleek cans, has 0 calories and 120 mg caffeine, and is made with organic flavours, stevia and erythritol. In addition, it contains 100 mg L-theanine, an amino acid found in tea that has been shown to prolong alertness while reducing the jitters and crash associated with caffeinated beverages.